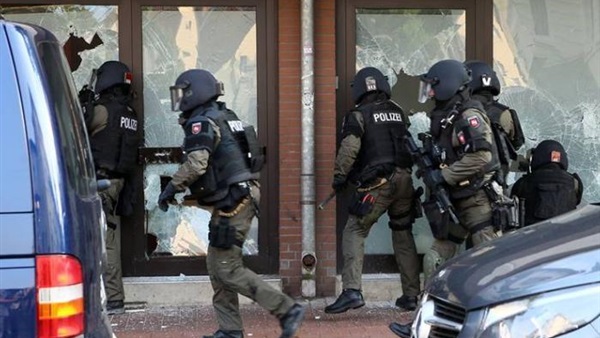 Lone wolves in Germany: Terrorism by the far right

An attack on a Jewish synagogue in the German city of Halle on Wednesday, October 9, carried out by someone from the extreme right-wing, renews fear of the return of what are known as “lone wolves”, a term that refers to individuals carrying a certain thought to carry out offensive operations, even if they are not affiliated with organizations espousing this ideology.

Although the term rages with the rise of Islamist organizations such as al-Qaeda, ISIS, and so on, German fears have come to the fore as the Halle attacker is a Christian who belongs to the extreme right that is anti-Jewish and anti-immigrant.

The attacker is likely to be a lone wolf, meaning he carried out his attack, which claimed two lives, alone. The 27-year-old Stephan B. directly documented his attack with a camera mounted on a helmet he was wearing for about 35 minutes on Amazon’s Twitch platform.

According to German news outlet Deutsche Welle, Stefan was speaking in German and at other times in English, and he was predominantly xenophobic. When he spoke German, he used phrases used by the neo-Nazis.

The German society’s fears are growing in light of the rise of the extreme right and its hate speech.

Previous experience has shown that German authorities have found it very difficult to shed light on all the problems related to the background of the crimes of extremist right-wing terrorist networks, as is the case with the so-called National Socialist Underground (NSU) cell.

This right-wing cell killed 10 people and carried out 43 murder attempts between 2000 and 2007. The trial of its members began in 2013, where Beate Zschäpe, a key suspect, was sentenced to life imprisonment in 2018.

In 2013, the International Center for Terrorism Research at the University of Pennsylvania analyzed the data of nearly 119 terrorists, all of whom were men. In about two-thirds of cases, relatives or friends and acquaintances knew the perpetrators were involved in certain extremist ideologies.

In 64 percent of cases, relatives and friends were informed of the intent of perpetrators to carry out or participate in terrorist activity after having been verbally informed.

The internet is full of many extremist gatherings. By default, isolated people meet with others who share their isolation. These virtual networks are in fact real and very dangerous. In such gatherings, extremists encourage each other and violent ideas are exchanged and practiced. They also often glorify lone wolves.

Some lone wolves that emerged from the womb of the far right, such as Anders Breivik in Norway and the perpetrator of the Christchurch attack in New Zealand, were part of these intertwined gatherings in the virtual world.

According to the Federal Office for the Protection of the Constitution, the number of cases of extreme right-wing and xenophobic violence in Germany rose from 774 in 2017 to 821 last year, and anti-Jewish violence increased by more than 70 percent in the same period after the number has risen from 28 in 2017 to 48 last year.

The state of Saxony, where the Halle attacker hails from, is the German state known to have the most far-right crimes committed, with 101 crimes in 2017 and 91 last year.