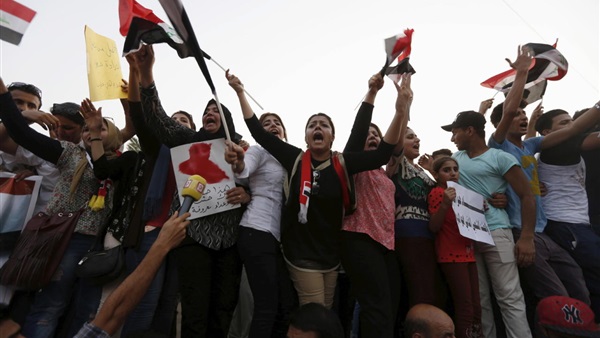 Iranian opposition praises demonstrations rejecting rule of mullahs: The regime responding with a campaign of arrests

The mullahs’ regime did not end its dealings with the demonstrations that took place in Iraqi cities against its flagrant interventions, through its various arms, until it faced more fierce demonstrations inside Iran.

There have been demonstrations against the mullahs and its corrupt institutions in several Iranian cities, especially with the great economic collapse in the country, and the emergence of large corruption cases of the regime’s men and aides.

Tribute from the opposition

In a related context, the Iranian opposition leader Mariam Rajavi, who is abroad, praised the demonstrations that went out against the Iranian regime, especially in the cities of Lourdgan and Shannar Mahmoodi.

“A salute to the angry youths of Lourdgan and Shennar Mahmoodi, who have been targeted with their bold demonstrations and the death of the dictator, and the attack on the office of the representative of Khamenei, the main cause of crimes against the people, this corrupt regime, ” the opposition leader said in a tweet on Saturday. “Who is plundering the wealth of the country and has taken all aspects of life, including health hostage in his hand.”

“I call on all young people, especially in the provinces of Jhar Mahal, Bakhtiari and surrounding areas, to support the demonstrators and the victims of the inhuman policies of the Iranian regime,” Maryam Rajavi said.

This comes after the leader of the Iranian opposition described the mullahs’ regime as the “central bank of terrorism,” noting that the Iranian regime could not move forward and achieve development for citizens, or abandon terrorism and interfere in the affairs of other countries through its terrorist arms.

Instead of responding to the demands of the demonstrators and trying to improve the internal situation economically and politically, the mullahs’ regime silenced the opposition by threatening it and arresting its members.

Rights groups condemned the arrest of Iranian security authorities of the families of dissidents and journalists inside the country on Thursday, October 3, 2019, in a joint statement by 13 organizations, most notably Human Rights Watch, the Iranian human rights organization, and human rights in Kurdistan.

The statement issued by these organizations said that the campaign of arrests launched by the Iranian authorities aims to intimidate dissidents and activists, and tighten their noose at home and abroad.

The statement called on the international community to put pressure on the Iranian regime to abide by its commitments and prevent arbitrary detention inside its prisons, which are stipulated by international human rights law.