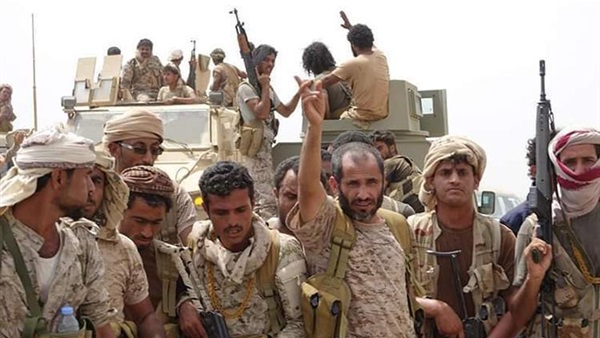 The Iran-aligned Houthi militia has been exploiting disabled Yemeni citizens, especially when it comes to rallying up public support to their project, a report has revealed.

Around 92,000 Yemenis have become disabled because of the ongoing war in Yemen, the report, which was prepared by the Yemen Humanity Media Center, said.

Between 10 and 13% of the Yemeni population suffered different forms of disabilities before the war, the center said.

It added that around 90% of disabled Yemenis live below the poverty line.

Before the war, disabled citizens used to receive medical, educational and psychological support by local and international charities. The state-run Disabled Citizens Fund also used to offer support to these disabled Yemenis.

Nevertheless, the fund stopped working after the war, especially after the Houthi militia had looted its offices.

In July 2018, a Yemeni military source revealed that Yemeni army troops had captured a disabled citizen who was forced by the Houthi militia to fight within its ranks.

Thousands of Yemenis were permanently maimed because of the presence of a huge number of landmines in different places in Yemen, according to reports submitted to the United Nations Human Rights Council during its latest meeting in Geneva.

The same reports said that disabled Yemenis face growing challenges as far as the attainment of their basic needs are concerned.

This is especially true with Yemen’s infrastructure and roads being severely damaged because of the war staged by the Houthi militia on Yemeni citizens, the reports said.

Over 300 organizations used to offer services to disabled Yemenis before the war. These organizations had to shut down their war after fighting began in the restive Arab country.

“The Houthis have exploited everything in Yemen, leaving nothing out,” Abu Auzal told The Reference.

He added that the Iran-aligned militia evacuate whole regions along sectarian lines.

“They keep doing things that violate the basic rights of all members of society, Abu Auzal said.

He called for interference by the international community to stop the crimes committed by the Houthis against Yemeni civilians.