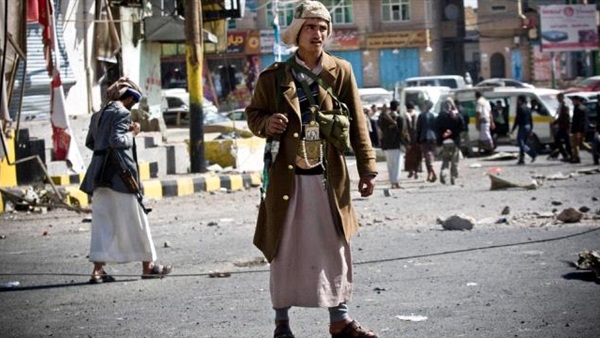 Yemen’s Houthi militias seek to extort and loot the possessions and livelihood of Yemeni expatriates, all within a devious scheme to plunder the wealth and property of Yemenis.

Yemeni media outlets have reported on Sunday, October 27, 2019, that the Iran-backed Houthis have recently been focused on looting the property of expatriates, sending armed mobsters to extort them for money.

According to Yemeni media, a Houthi leader ordered a set of recommendations and decisions, starting with collecting data on expatriates from the governorate currently outside Yemen.

On the other hand, Mohammed Muzahim, media advisor to the governorate of Ibb, claimed on Facebook that this step aims to follow up on the issues of expatriates, provide services to them and facilitating procedures of their entry and exit. However, Yemeni expats and their family said this is a new Houthi trick and will not fool them this time.

Mohammed Daam, undersecretary of the Ibb governorate, said the militias seek through these detailed databases of expatriates to know the size of their money and properties, in order to blackmail and loot them, to support their pockets and combat fronts.

The Yemeni press reported that local sources in Ibb province affirmed that the Houthi militias started conducting comprehensive inventory and collect a database on the numbers and whereabouts of expatriates outside Yemen, and the size of the property, savings and real estate of each expatriate from the province.

In response, Ali al-Ma’amari, assistant undersecretary for the expatriate sector at the Ministry of Expatriates Affairs, said in a press statement that demonstrations will be organized to expose the crimes of the Houthi aggression in Yemen.

For his part, the Editor in chief of Alyawm Alththamin newspaper Saleh Abu Audal told The Reference that residents of Ibb governorate suffer the most heinous violations by the hands of the Houthi militias.

“It is not surprising for allies of Iran to carry out an inventory of immigrants from the province, especially in the Gulf and Saudi Arabia in particular, under claims of supporting the war efforts,” Audal added.

He added that the corrupt Houthi leaders have been looting citizens’ livelihood and by imposing high taxes and royalties, not to mention forcing them to marry their underage daughters to Houthi members.