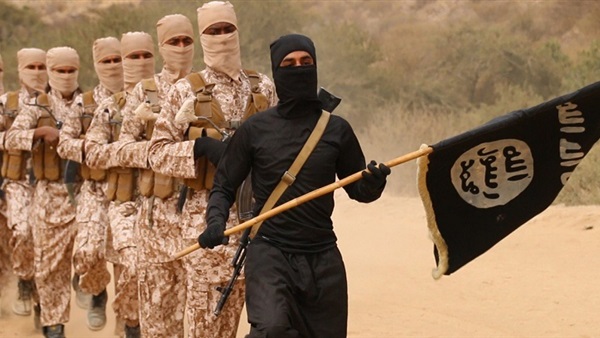 One of the terrorists responsible for the kidnapping and killing of the Yazidis in 2014 was Hajji Abdullah al-Iraqi, the emir of the so-called commissar committee that ran ISIS in 2018.

Although his name has been repeated on more than one occasion, details surrounding him are still scarce, as there are many myths and conflicting accounts of his true identity.

According to organizational documents leaked from within ISIS, Hajji Abdullah has overseen the commissar committee since late 2018.

The committee, which is responsible for the management of ISIS, supervises ISIS propagation, is in charge of communication and coordination with the group’s foreign branches, and selects ISIS governors in Syria, Iraq and beyond.

The emir of the committee is considered the real controller of ISIS. All the other leaders follow him and receive direct assignments from him, while he reports directly to the leader of ISIS.

Mohammed Ali Sajat, the brother-in-law of slain ISIS leader Abu Bakr al-Baghdadi and one of those who provided information leading to his death, said that Hajji Abdullah was Baghdadi’s deputy for a period of time, but nothing was known about him except that he is Iraqi. He added that he is not sure whether or not Hajji Abdullah is the same person as Abdullah Qardash, the former emir of the ISIS General Security Bureau.

Meanwhile, the US State Department’s Rewards for Justice Program says Hajji Abdullah is Emir Mohammed Saeed Abdul Rahman al-Mawla, a senior ISIS leader. He was a leader in al-Qaeda in Mesopotamia and then rose through the ranks of ISIS to assume a major leadership role; however, it did not reveal what this role was or whether he is Abdullah Qardash or anyone else.

The State Department accused Hajji Abdullah of being one of the biggest leaders of ISIS, overseeing the abduction and slaughter of members of the Yazidi religious minority in northwestern Iraq.

The Rewards for Justice Program describes him as a possible successor as the leader of ISIS and that he oversees some of the organization’s terrorist operations.

On the other hand, a number of international media, including Newsweek magazine, have linked Hajji Abdullah and Abdullah Qardash. The US magazine reported that Abdullah Qardash took responsibility for the supervision of ISIS several months ago, based on a statement published by the Anadolu news agency.

Although Anadolu and Newsweek attributed the statement to Amaq, the ISIS media arm, the official ISIS channels on social media app Telegram, including Amaq’s own channels, denied that Qardash took over as ISIS leader in August 2019.

According to a previous meeting with ISIS leader Ismail al-Ithawi, Abdullah Qardash, was one of the most prominent candidates to succeed Abu Bakr al-Baghdadi in the terrorist organization’s leadership.

According to earlier reports, Qardash was one of ISIS’s top leaders, nicknamed the “Destroyer” and also known as Abu Omar al-Turkmani. Despite his attribution as Turkmani, the organization’s leaders describe him as Quraishi, a needed trait for whoever takes over the ISIS “caliphate”.

Qardash served as the emir of the General Security Bureau in Syria and Iraq, one of the most powerful bureaucracies within ISIS, responsible for protecting the leadership and getting rid of the organization’s enemies. He also held the position of minister of ambushes and suicide bombers and personally supervised suicide attacks during the organization’s battles against the Free Syrian Army (FSA).

He was nominated by Abu Bakr al-Iraqi, a former deputy to Baghdadi, to be the leader of the organization’s branch in Lebanon, but the idea of establishing a branch there was later canceled.

Despite the fact that the international coalition and Iraqi intelligence and security services put Qardash at the top of their tracking and targeting lists, they failed to obtain confirmed information about him from 2014 to 2019 due to a high level of security preventing him from being traced or caught.

There was no mention of Qardash in ISIS’s official media platforms until last August, when the organization’s newspaper announced that Qardash had been killed, without giving further details.

The newspaper merely mentioned Qardash as part of a paragraph in a report about one of the leaders of the ISIS security bureau named Abu Muthanna Husseini. The report explained that Husseini worked in ISIS security detachments in the Syrian province of Hasaka in coordination with Abu Omar Qardash, who was responsible for ISIS cells in the governorate of Deir Ezzor before ISIS captured it in the summer of 2014.

Qardash was one of the envoys Baghdadi personally sent into Syria to start a guerrilla war against the Syrian army and establish ISIS cells and detachments before the 2014 Nusra-ISIS dispute.

Qardash and other ISIS commanders worked inside the eastern Syrian region and monitored the leaders of the Syrian armed factions and elements of the so-called Free Syrian Army before clashes erupted between ISIS and the factions.

He was one of a small circle around Baghdadi, as he was in charge of the General Security Bureau, which arrested and followed ISIS leaders who were at odds with Baghdadi from 2017 to late 2018.

Although the official ISIS newspaper announced the possible death of Baghdadi’s possible successor, it has not yet announced details of his death, which may be an indication that the organization is faking his death to protect him.

Meanwhile, a number of ISIS dissidents have posted on Telegram to call for the selection of a new successor to lead ISIS from among the “Quraishis” who have consensus among the organization.

ISIS defectors have also talked about Qardash, considering him to be one of the figures of the most radical movement within ISIS and most likely to be chosen to succeed Baghdadi by Iraqi leaders within the terrorist organization.