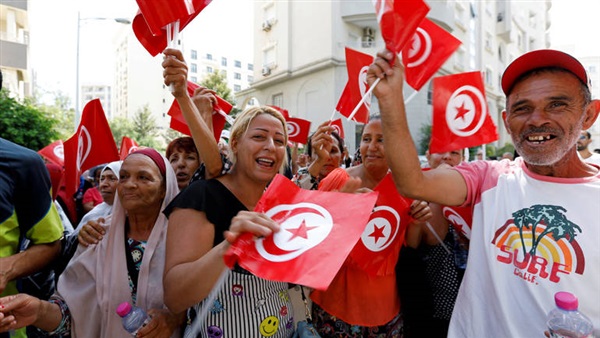 As Tunisians prepare for the second round the presidential election between Nabil Karoui or Kais Saied, the US Department of Justice revealed that Karoui had signed a contract with international firms for lobbying and media mobilizing in the upcoming presidential polls.  The Islamist Ennahda, the political arm of the Muslim Brotherhood is also engaged in the issue, according to documents released by the US Department of Justice.

The documents revealed that some Tunisian politicians and political parties have sought the assistance of international agencies specialized in lobbying. The US documents exposed that Karoui had signed a $1 million lobbying contract with Ari Ben-Menashe, who is a former Israeli intelligence officer.

The documents, which were released on September 29, said that Ben-Menashe had pledged that he would pressure US and Russian presidents as well as the United Nations to make sure that Karoui would win the polls.

Under the terms of the contract signed Aug. 19 by Mohamed Bouderbala, an individual apparently acting on Karoui’s behalf, Dickens & Madson is instructed to lobby the United States, Russia, the European Union and the United Nations in view of “attaining the presidency of the Republic of Tunisia.” It calls on Dickens & Madson’s president, Ari Ben-Menashe, to secure meetings with Trump and other senior US officials before the elections. He’s also to arrange face time with Russia’s president, Vladimir Putin, to obtain “material support for the push for the presidency.”

In 2014, Ennahda and PR firm Burson-Marsteller signed a contract to improve the foreign image of the Islamist movement.

Hasna Ben Slimane, member of the High Authority for Elections (ISIE), said that a legal action should be taken according to chapter 143 of the Tunisian electoral law, citing that a winner’s compliance with the electoral rules would be investigated. She added that the ISIE would request a copy of the documents from the US Department of Justice website.