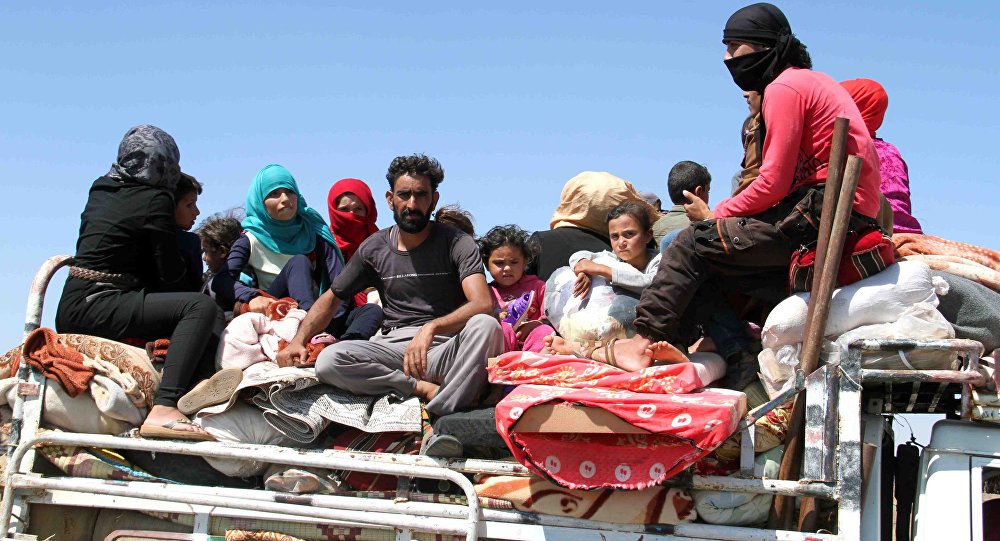 Turkey’s president threatened to send millions of Syrian refugees to Europe if the European Union labelled its military operation in Syria an “invasion”.

“We will open the gates and send 3.6 million refugees your way,” Recep Tayyip Erdogan said in a speech to lawmakers from his AK Party.

The Turkish leader was enraged by a statement released by the European Union which called on “Turkey to cease the unilateral military action”, saying Ankara’s plan for a “safe zone” would not “satisfy international criteria for refugee return as laid down by UNHCR”.

“Any attempt at demographic change would be unacceptable,” the blistering statement added. ”The EU will not provide stabilisation or development assistance in areas where the rights of local populations are ignored.”

The EU joined a chorus of condemnation of Turkey’s offensive launched on Wednesday and has already seen at least eight civilians, including two children, killed.

Several regional powerhouses, including Egypt, The UAE, Saudi Arabia and Kuwait, also expressed their alarm. An emergency Arab League session was called on Saturday to discuss the operation, while the UN security council is due to meet  on Thursday.

“They are not honest, they just make up words,” Mr Erdogan said of Turkey’s critics, singling out Saudi Arabia and Egypt. “We, however, create action and that is our difference.”

In the same speech he added that “109 terrorists have been killed so far”.