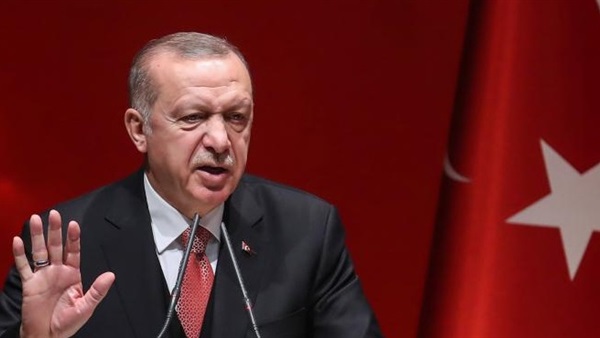 Amid international rejection regarding Turkey’s military incursion into northeast Syria, President Recep Tayyip Erdogan decided to direct his speech to Saudi Arabia by accusing the Saudi-led Coalition Fighting in Yemen of the reason behind what is going on in the country, demanding the Saudi Kingdom of not criticizing the Turkish operations.

The Yemeni government denounced on Saturday Erdogan’s statement in which he falsely compared between Turkey’s violation of the sovereignty and independence of Syria and the operations of the coalition supporting legitimacy in Yemen against Iranian-backed terrorist Houthi militia.

The Yemeni government described the statement of the Turkish president as “provocative”, stressing that that the operations of the Arab Coalition came on the basis of the principle of self-defense in Article (51) of the UN Charter, the Charter of Arab League, and the Joint Arab Defense Treaty, which was reinforced by Security Council resolution 2216.

The statement further said that “the Turkish military operations violate the sovereignty of the brotherly Syria and pose a threat to the region’s security in addition to violating the international law.

“The escalation undermines the peace efforts and hinders the political process taking place among the Syrian parties.

“The Republic of Yemen highly appreciates the leadership and people of the Kingdom of Saudi Arabia in supporting the Yemeni people and their government politically, military, economic, relief and development against Iranian interference in Yemen,” the statement added.

The Turkish stand against the efforts of the Arab coalition forces to confront the Iranian militia in Yemen reveals Erdogan’s efforts to fragment the Arab region and make it vulnerable to foreign interference.

Mustafa Amin, a researcher specializing in Islamic movements, said that comparing Erdogan’s attack on Syria to the coalition operations in Yemen is a cheap bid that is not worthy of a president.

Amin pointed out that the Arab coalition forces entered Yemen legally, when the Yemeni government asked the Arab countries to protect Yemen from the penetration and control of the Iranian-backed Houthi militia, which confirms that Saudi Arabia sought to restore things to its normal context in Yemen, while Erdogan entered Syria to achieve his own interests.

He added in an interview with The Reference that the Turkish operation in Syria only serves Erdogan’s interests, pointing out that his speeches are empty of solid arguments, which is the reason behind many crises in Turkey, therefore, he is trying to gain popularity by invading northern Syria in order to serve his interests and those of his ruling party.