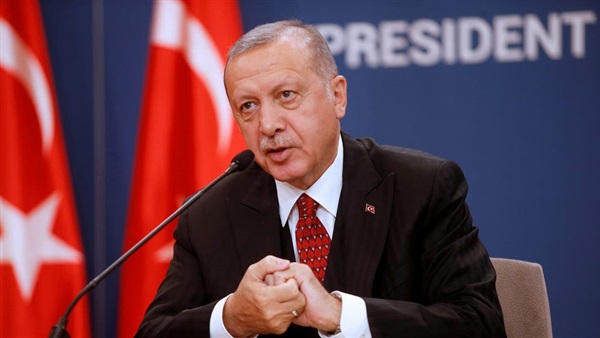 Turkish President Recep Tayyip Erdogan seems to have bowed to the US pressure to halt his offensive against Kurdish-led forces in northern Syria.

Erdogan, who had initially refused to meet with US Vice President Mike Pence and Secretary of State Mike Pompeo, held talks with both leaders on Thursday and then agreed to a five-day cease-fire in the attacks on Kurdish fighters to allow the Kurds to withdraw to roughly 20 miles away from the Turkish border.

After more than four hours of negotiations with Erdogan, Pence said the purpose of his high-level mission was to end the bloodshed caused by Turkey’s invasion of Syria.

Welcoming it, President Donald Trump tweeted: This deal could NEVER have been made 3 days ago. There needed to be some “tough” love in order to get it done. Great for everybody. Proud of all!

It followed an extraordinary letter from Trump in which he warned Erdogan: “Don’t be a fool!” Sent the day Turkey launched its incursion, Trump said history risked branding him a “devil.”

He added: “Erdogan’s racial tendency against the Kurds is behind all that. He does not care about Syrians at all. He wants to force the displaced back to Syria where they will be between the hammer of the regime and the anvil of Daesh.”

Saudi Prince Abdulrahman bin Musa’ad tweeted: “Couldn’t find an authentic translation for the letter. Anyways, the ‘Don’t be a fool’ part is enough.”

Republican Sen. Lindsey Graham, who had criticized Trump for the withdrawal, said it was a “good letter” and had urged him to release it.

Bulgarian Prime Minister Boyko Borissov said that even though Turkey was a formal candidate to join the EU and was hosting some 3.6 million Syrian refugees on its soil, he could not back the military action.

“We have supported them in everything else, because we are partners in NATO, we are neighbors and they protect us from migrant inflows. But for the war, they cannot expect our support,” he told reporters gathered for the summit.

David Sassoli, the president of the European Parliament, called for the EU agreement on suspending arms sales to Turkey to go further and include the cancellation of existing contracts.