Latest Posts
14:03
Home Reports Demands for the return of German ISIS members after the Turkish invasion of Syria 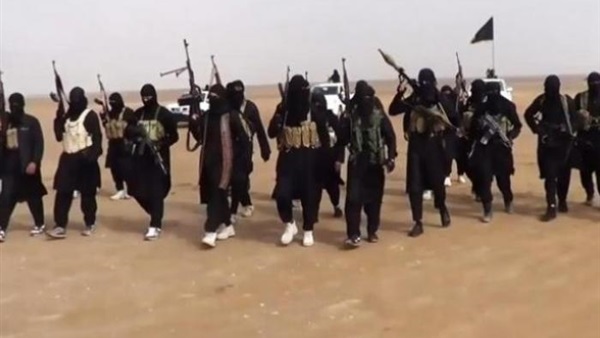 With the escalation of confrontations between Turkish forces and the Kurds in northern Syria, German politicians are demanding the return of ISIS fighters held in SDF prisons, since the risk of their escape increases as the fighting intensifies and the prisons are exposed to security holes.

There are thousands of ISIS followers in the north of the country, including more than 100 Germans, according to Der Spiegel, while Berlin and other European countries refuse to take them back. But amid new concerns, a prominent German politician has demanded that they be brought back and put on trial.

Boris Pistorius, interior minister of Germany’s Lower Saxony state, said his country was obliged to take back ISIS followers from Syria, adding in an interview with Der Spiegel on Wednesday, October 16 that he felt part of the credibility of the rule of law was to condemn the perpetrators in Germany by regular judicial proceedings.

He added that at the political level, no one wants to bring back ISIS followers; however, on the legal level, there is an obligation regarding those holding German citizenship.

Pistorius, a member of the Social Democratic Party (SPD), called on the authorities to prepare for this in the best way, because the government must give the highest priority to the security of citizens.

It is noteworthy that European Union countries, including Germany, have so far refused to take back ISIS followers detained in Syria.

US President Donald Trump has repeatedly criticized this policy, threatening the Europeans with consequences if they do not recover their citizens from Syria.

“At some point I will have to say, with regret, that you will either get them back, or we will release them at your borders,” Trump said at the end of September.

Germany’s domestic security agency the Federal Office for the Protection of the Constitution (BFV) warned of the returnees because of the praise they receive from ISIS media networks, often being treated as “heroes” because of their involvement in the organization’s battles. Therefore, the agency fears that ISIS will exploit them through emotional gestures, whether ovations or speeches from the organization’s leader, Abu Bakr al-Baghdadi.

Salafism is growing in Germany, and its followers are among the most welcoming of the return of militants. Their presence in the country fosters a fertile environment for the development of extremist ideologies once again.

Official German sources and human rights sources told local newspapers last April that Germany had returned children of ISIS operatives from Iraq and handed them over to their relatives.