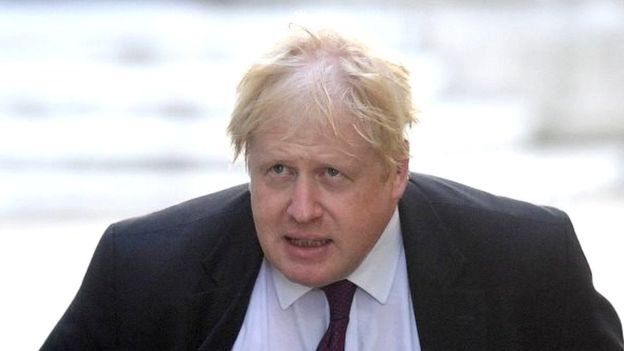 Boris Johnson will bow to the law and send a letter requesting a delay to Brexit if he fails to pass a deal by Saturday’s deadline, a cabinet minister has said for the first time.

Stephen Barclay, the Brexit secretary, ended weeks of defiance by No 10, admitting the government “will comply” with the commitment it gave to a Scottish court last month.

“I confirm that the government will abide by what it set out,” he told a committee of MPs. Asked to confirm that meant sending the letter, Mr Barclay added: “You read it out.”

Until now, Downing Street has threatened to defy the law, even by challenging the terms of the Benn Act in court – and even with the threat of Mr Johnson being sent to jail.

Only six weeks ago, he famously said he would “rather be dead in a ditch” than be forced to ask the EU for an extension beyond the 31 October deadline.

Even after No 10 wrote to the Scottish court – saying the prime minister “will send a letter….no later than 19 October” – it later tried to rubbish its implications.

However, Mr Barclay’s comments leaves open the possibility of a second letter being sent, in which Mr Johnson might seek to argue he does not want the delay he had been forced to request.

Speaking to the Brexit committee, the minister also revealed the ongoing talks in Brussels embrace the ‘political declaration’ pointing to a future trade deal, as well as the divorce deal.

However, he refused to say its text would be put before MPs even if there is a vote on a withdrawal deal on Saturday.

No 10 has refused to set out the text of the declaration, but has signalled it wants to abandon Theresa May’s so-called ‘level playing field’ pledges not to water down workers’ rights, or environmental and safety standards.

Academics warned at the weekend that it amounted to a hard Brexit that would knock up to £50bn off the economy and leave everyone in the UK £2,000 worse off.

The comments came as Mr Johnson’s hopes of a Brexit deal before tomorrow’s crunch EU summit were fading as new “hurdles” emerge, The Independent was told.

Talks resumed in Brussels this morning, but with increasing gloom that an agreement will be ready for EU leaders to rubberstamp it this week.

It is unclear what the new obstacles are, but the bleaker mood follows a warning from the Democratic Unionist Party that it will not accept the apparent concession of a customs border in the Irish Sea.

Arlene Foster warned the prime minister, after talks in No 10 last night, that the DUP would “stick with our principles” that Northern Ireland “must remain” in the UK’s customs territory.

Mr Johnson has made a series of concession in recent days in order to secure a deal before the two-day EU summit gets underway in Brussels on Thursday, EU sources have said.

But it appears he will not strike an agreement without the backing of the DUP, which – with Brexiteer Tories following its lead – has the power to sink it back at Westminster.

A government source told The Independent there were still “hurdles to overcome” that Downing Street had hoped to avoid, with the clock ticking.