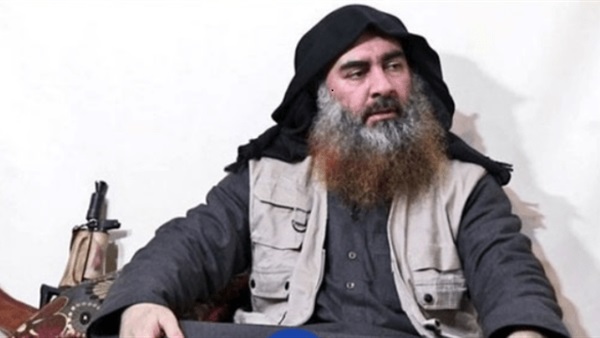 Among suspicion and certainty, contrasting int’l reactions to Baghdadi’s killing

President Donald Trump announced on Sunday, 27 October 2019, in a televised speech at the White House that the “world’s number one terrorist leader” is dead, referring to the leader of Daesh, Abu Bakr al-Baghdadi.

Baghdadi “blew himself up” when cornered by US forces who conducted a two-hour nighttime raid on his compound in northern Syria, Trump said, providing a detailed account of the mission.

The Reference traces international reactions on the news.

Russia’s Defense Ministry said it had no reliable information on the operation.

“The Russian Ministry of Defense does not have reliable information on the U.S. servicemen conducting in the Turkish-controlled part of the de-escalation zone of Idlib an operation on yet another ‘elimination’ of the former IS leader Abu Bakr al-Baghdadi,” Major-General Igor Konashenkov was quoted by the state-run RIA Novosti news agency as saying.

Konashenkov skeptically pointed out that al-Baghdadi was already supposedly “eliminated” multiple times, with such claims being later disproven.

“The fight continues with our international coalition partners in order to definitively defeat the terrorist organization,” he wrote on his official Twitter account.

British Prime Minister Boris Johnson on Sunday hailed the death of ISIS founder Abu Bakr al-Baghdadi as “an important moment” but said the fight against his group “is not yet over”.

“The death of Baghdadi is an important moment in our fight against terror but the battle against the evil of Daesh is not yet over,” he wrote on Twitter.

“We will work with our coalition partners to bring an end to the murderous, barbaric activities of Daesh once and for all.”

Defence Secretary Ben Wallace said Daesh’s leaders “have twisted Islam to groom thousands of people into joining their evil cause”.

Iraqi Prime Minister Adel Abdul-Mahdi, for his part, described Baghdadi’s killing as a “victory for the Iraqi intelligence”.

“After Daesh’s defeat by our armed forces, the INIS is completing this achievement with a qualitative intelligence victory that overthrew the terrorist leader of Daesh,” Abdul-Mahdi said in a statement.

He added that INIS crews had been tracking Baghdadi since June of last year.

He went on to note that follow-up operations led to the capture of many close figures, who had “confessed about his whereabouts”.

Turkish President Recep Tayyip Erdoğan said on Twitter that The killing of Daesh leader Abu Bakr al-Baghdadi is a turning point in the fight against terrorism.

“The killing of Daesh’s ringleader marks a turning point in our joint fight against terrorism,” Erdogan added.

He said Turkey would “continue to support anti-terror efforts — as it has done in the past”. “I am confident that a decisive struggle against terrorism, in line with the spirit of alliance, will bring peace to all of humanity.”

Bahrain Foreign Minister Khalid bin Ahmed Al Khalifa praised the move and said it was a “fatal blow to the group.”

The killing of the criminal Abu Bakr al-Baghdadi is a severe blow to the Daesh terrorist organization. We salute our brothers and allies on their efforts and success in finding him and getting rid of him,” he added on Twitter.

Iran said on Sunday the death of Islamic State leader Abu Bakr al-Baghdadi will not mean the end of the group and its ideology, Iranian government spokesman Ali Rabiei tweeted.

In a tweet, NATO chief Jens Stoltenberg described the operation “as a significant step in our efforts against international terrorism.

“NATO remains committed to the fight against our common enemy ISIS,” he added.

For his part, Mohamed Rabi al-Daihi, a political analyst, told The Reference in an interview that the killing of Baghdadi is certainly a major achievement of the international coalition to fight Daesh, the elimination of the leader of an organization the size of Daesh is of a great importance after the defeat of the organization on the ground.

However, al-Daihi raised questions that the area in which Baghdadi was found is controlled by Turkey, which means that Turkey may have already known his whereabouts and that a deal may have been reached between the U.S. administration and Turkey to deliver Baghdadi in exchange for a withdrawal of U.S. forces from Syria.