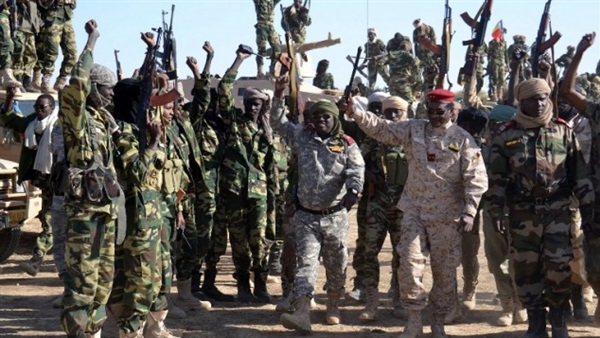 Six students have been kidnapped from a public boarding school in Nigeria’s northwestern province of Kaduna, police said on Saturday, October 9.

According to a Kaduna police spokesman Yakubu Sabo, some gunmen entered Engravers College, a boarding school in a remote area of ​​Kaduna, and abducted six students, taking them to an unknown destination.

The police mobilized joint teams from the anti-kidnapping squad and special forces to comb the area.

In September 2019, gunmen kidnapped three girls from a school in Lagos, the country’s commercial capital, before they were rescued a week later.

In February 2018, 111 girls were abducted in northern Nigeria after the terrorist group Boko Haram attacked their school.

In April 2014, some 300 Nigerian students were abducted by Boko Haram, although several escaped.

It is not only Nigeria grieving from the Boko Haram abductions, but also the entire Lake Chad region, which includes Niger, Nigeria and Cameroon and is home to Boko Haram elements. In November 2018, Boko Haram gunmen abducted about 10 girls in villages in southeastern Niger near the border with Nigeria.

There have also been individual abductions, often in remote areas. In April 2017, Boko Haram abducted 22 girls individually during attacks on several villages in northeastern Nigeria.

In the first term of Nigerian President Muhammadu Buhari, which began in 2015, he pledged that he would eliminate the Boko Haram group, which has claimed many lives since 2009.

Buhari added that the military and police forces will make intensive efforts to search for the abductees to reassure the parents of students who have questioned the president’s ability to secure the rural and remote areas in the regions of northeastern Nigeria, where Boko Haram has taken strongholds.

Since Buhari’s inauguration, he has worked on military and intelligence cooperation with neighboring countries to defeat the terrorist groups active in the Lake Chad region, and the security situation has improved relatively as a result of this cooperation, but there has recently been an increase in the activity of terrorist groups.

In January 2002, Boko Haram was founded by Mohammed Yusuf, who was executed by the Nigerian police in 2009. The group has intensified its activities and carried out several terrorist operations in recent years, and it has been designated as a banned terrorist group in a number of countries.

After Yusuf’s death, Abubakar Shekau took his place. It was Shekau who came up with the strategy to kidnap girls from schools, claiming that girls were created for marriage rather than learning, and he was also responsible for the strategy of suicide operations, which spread after he took over the group’s leadership.

Boko Haram is largely in control of the Lake Chad region, which includes Nigeria, Cameroon, Chad, Niger, Benin and the Central African Republic. However, Nigerian forces have recently been trying to counter the increased attacks by the pro-ISIS group. The multinational Sahel forces have recently carried out several deadly blows to the group, leading to internal unrest that emerged following the execution of Mamman Nur in 2018.

Since Boko Haram’s inception, terrorist attacks carried out by the group have so far killed nearly 30,000 people and displaced millions in Nigeria.