Latest Posts
17:07
Home Reports Will al-Qaeda threaten the US 18 years after the Sept. 11 attacks? 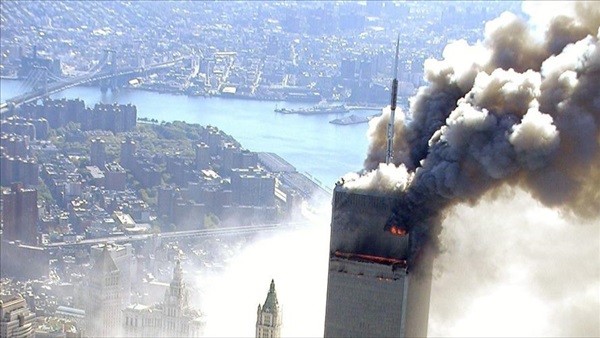 Will al-Qaeda threaten the US 18 years after the Sept. 11 attacks?

Eighteen years have passed since the most remarkable event in modern history, and since the attack on the American Twin Towers on September 11, everything is no longer the same. The change has affected everything in the world, including al-Qaeda itself, which carried out the operation.

“Jihad against disbelieving governments”, “targeting the West” and “America is the No. 1 enemy of Muslims” are examples of basic slogans on which al-Qaeda was founded. From a global perspective, it is primarily concerned with working domestically to carry out foreign terrorist acts, as manifested in the attacks on September 11.

But after all these years, we can see that al-Qaeda and it strategy have changed, without reducing its danger. Each al-Qaeda branch spreads its poison in the country where it is stationed, and poses a risk to it, which may outweigh the risk of centralization.

Symbolism of the parent organization

Ali Bakr, a researcher on terrorist movements at the Al-Ahram Center for Political and Strategic Studies, said that when dealing with al-Qaeda, it is necessary to distinguish between the “parent organization” and the al-Qaeda branches or groups around the world.

Bakr added that the real danger posed by al-Qaeda is currently the strength gained by its affiliated groups in various countries, especially al-Qaeda in the Sahel and Sahara region, al-Qaeda in the Islamic Maghreb, Al-Nusra Front in Syria, Al-Qaeda in Libya, Al-Shabaab in Somalia, and others.

Local groups a point of strength

Over the years of confrontation and the war launched by the United States after 9/11, al-Qaeda has strengthened its local branches, taking advantage of the rapid rise of ISIS and the areas of conflict that emerged as a result of the war, such as Syria and Iraq, to ​​strengthen its fronts.

In a research paper published recently in the Foreign Policy magazine, authors Colin P. Clarke and Charles Lester stated that since the killing of Osama bin Laden, al-Qaeda has adopted a strategy of transformation based on “strategic patience” to rebuild itself calmly and patiently, while deliberately leaving the ISIS organization to bear the brunt of the West’s counterterrorism campaign.

According to Bakr, this strategy was in favor of al-Qaeda in general. The most important factor that helped the organization to survive in the competition with ISIS was mainly its reliance on organizational deployment rather than territorial control.

Bakr agrees with foreign policy writers that al-Qaeda groups based in a number of countries have exploited the public preoccupation with the elimination of ISIS to significantly build up their military and organizational capabilities, mainly in the power and influence of the Somali Al-Shabaab movement, which is currently confronting ISIS groups there, as well as al-Qaeda in the Islamic Maghreb (AQIM), which is present in about five countries.

Bakr said al-Qaeda’s parent organization now does not pose a threat to the United States. It is difficult to talk about the organization’s operations in Washington’s backyard, not only because of the security and intelligence progress made by the United States and internationally, but also because the groups affiliated to al-Qaeda represent a greater danger.

Ahmed el-Shorbagy, a researcher of political Islamism, said al-Qaeda turned its strategy after the rise of ISIS to target the nearby enemy rather than the far-flung enemy in the West, which tempted al-Qaeda to organize domestic terrorist operations in places like Syria and Iraq to compete with ISIS.

Although al-Qaeda’s attention has shifted, its literature still speaks of targeting the West, confronting the occupiers and defending Muslims.

“Zawahiri has an intellectual background that cannot be underestimated, which is taken from the al-Jihad organization, the main source of al-Qaeda, which makes him the scarecrow of the collapse of local branches. Therefore, he always waves the idea of ​​universality in order to have an idea that allows him to attract fighters and accept the ideas of ​​al-Qaeda,” Shorbagy said.

But despite the continuing rhetoric of globalism and the targeting of the West, the nature of al-Qaeda and its danger in attacking US interests in areas where it has branches and in Arab countries such as Yemen and Pakistan remains.

The United States will continue to be a target of al-Qaeda, with its immediate interests threatened in countries with al-Qaeda branches. This is consistent with the statements of Ayman al-Zawahiri in his latest appearance, in which he urged al-Qaeda followers to strike the United States.