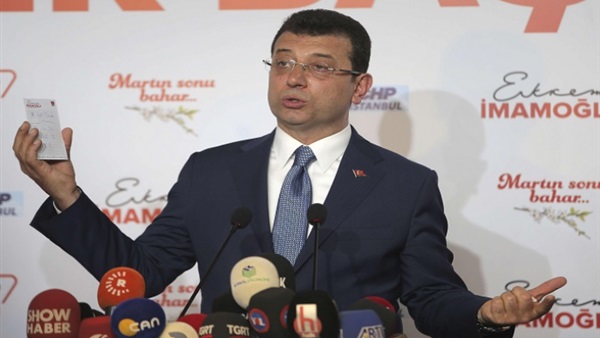 Soylu told CNN Turk that there are no plans to remove Istanbul mayor Ekrem Imamoglu from office for his support to the head of Diyarbakir municipality.

The Justice and Development Party is applying a policy of restriction rather than removal as it recognizes the popularity of Ekrem İmamoglu.

The Turkish regime also knows very well that the removal of Ekrem İmamoglu may escalate tensions with the European Union, especially as some countries are seeking to suspend Turkey’s negotiations to join the bloc on the back of deteriorating human rights and freedoms in Turkey.

Hamed said that Ekrem İmamoglu is a young politician who may lure secularists and conservatives.

“The Turkish regime’s crackdown on Ekrem İmamoglu will continue. The pro-regime will attack Ekrem İmamoglu in a bid to tarnish his image and weaken his ability to mobilize the masses,” Hamed told THE REFERENCE.