Latest Posts
16:56
Home Islamist Movements The reasons for the disappearance of ISIS and its terrorist press 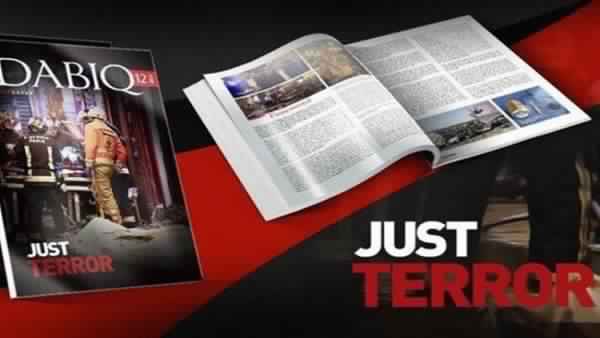 The reasons for the disappearance of ISIS and its terrorist press

The terrorist organizations of all kinds focused on media work, and considered it no less important than military action, and relied heavily on the process of attracting and recruiting young people from all countries of the world, through the presentation of its terrorist messages to them through various forms and media.

The Islamic State terrorist organization was not far from this aspect, but it was one of the organizations that are most concerned with the media work, improved the conditions of its employees, and provided many facilities and benefits for them.

Speculation is rife about the institutionalization of ISIS’s media outlets, especially with its ability to build effective media messages capable of influencing the recipient, given its implications and intellectual factors.

However, the Counter-Terrorism Center of the West Point Military Academy issued a study of ISIS’s media structure, which began after ISIS captured Mosul in 2014, based on interviews with ISIS detainees from January to September 2018.

According to the study, ISIS’s media organizational structure consists of the Central Media Bureau, which is the pinnacle of the organizational pyramid, and consists of a prince and seven members. There is the Media Judicial Committee, which is responsible for the management of daily media operations, and includes the publications of Amaq, Furqan, and Al-Hayat.

In addition to the Information Security Office of the General Security Bureau in ISIS, its mission is to report on the performance of ISIS operatives to the Caliph of Da’esh. There are also IS media offices in geographically controlled areas, and there is the Information Bank, the most secretive agency, under the supervision of the security office.

In its media performance, the Islamic State relied on the use of both traditional and modern media to target a large audience and to diversify the media used to benefit from the advantages of each medium.

Dabiq magazine was the first official magazine of the organization, and the first use of traditional media, and was issued monthly by the Center for Life Media, which represents the media intercourse of the terrorist organization. It was founded in May 2014, and was originally intended to provide media content directed primarily to non-Arabic speakers.

The Center launched a Dabiq version in June 2014, until it stopped in June 2016, after 15 issues were issued, and was issued in paper and multiple languages ​​in areas under the geographical control of the organization, and was also made available electronically to the public outside those areas.

The center has allowed the magazine to download the free electronic form through various websites, in order to make it difficult to prevent circulation and blocking, and targeted several countries, led by France, Britain, Germany, Spain, Italy, and the United States of America.

Dabiq defined itself as a periodical magazine focusing on the issues of unification and the search for truth, immigration, jihad and the group, in addition to containing video reports and media articles, dealing with everything related to the Islamic State terrorist organization.

The ISIS’s massive international attack, and successive military strikes contributed to the cessation of the publication of Dabiq Magazine, as well as the collapse of ISIS’s media organization, especially with ISIS losing geographic control in succession in Syria and Iraq, which made issuing media actions extremely difficult.

ISIS focused on the material depicted within the pages of Dabiq, relying on the fact that the picture sings a thousand words, as well as to inform the public about the reality of the situation within the areas of geographical control of them.

Dr. Hussein Mohamed Rabie released a study entitled “The Semiotics of the Image in the Press Discourse of Extremist Organizations: An Analytical and Psychological Study of a Sample of Visual Dissertations in the Journal of Dabiq in accordance with Roland Barth’s Approach,” published in Issue 48 of the Journal of Media Research of Al-Azhar University, October 2017.

The researcher pointed out that the organization focused on questioning the capabilities of Arab and Western military institutions to defeat ISIS; with the aim of creating panic among citizens by exaggerating the strength of the organization, and preparing them psychologically to surrender to the emergence of ISIS.

The study also focused on ISIS’s quest to get the public and the recipient to migrate to ISIS-controlled areas by creating a state of complementarity between the written text and the images displayed within the magazine’s various issues, and the selection of symbols and forms that help to consolidate this idea.