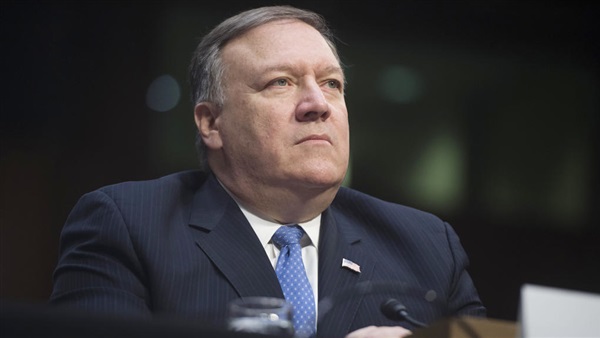 The push and pull’s US policy with Iran Nuclear deal

Washington has repeated its pledges to prevent Tehran from supporting terrorist movements and possessing weapons of mass destruction.

The US Secretary of State Mike Pompeo said that: The terrorist attacks around the world increased after the conclusion of the nuclear agreement.

Pompeo also added that Iran has tried to build a nuclear bomb, stressing that the sanctions imposed by his country on Tehran significantly affected on the Shiite militias in Iraq and the Lebanese Hezbollah, saying: «They are struggling to obtain resources».

The Trump administration is stepping up its campaign to get other nations to boost pressure on Iran as world leaders prepare to meet at the United Nations this month.

A recent IAEA report suggest Tehran has not been as forthcoming as hoped when responding to questions from IAEA inspectors.

Amid the questions raised about the warehouse, Iran has announced that plans to use more advanced centrifuges than allowed under its nuclear deal with world powers.

The IAEA has confirmed the installation of new centrifuges and said they have been prepared for testing.

Iran has already surpassed the limits set in the 2015 nuclear accord about enrichment purity and stockpiles of enriched uranium.

Trump withdrew the United States from the nuclear deal in 2018 and has reimposed crippling economic sanctions against Tehran.

The Iranian researcher Ahmad Qabal said that: Pompeo statements fall within the framework of hints and accusations by the US administration; to raise the concerns of the West.

He also indicates that the assertion of Pompeo, that the withdrawal of US from the nuclear deal, prevented Tehran from acquiring the nuclear bomb, and stressing that Iran will not have a nuclear weapon in the sight of President Trump, is not accurate.

He added that Washington, which was counting on the accession of the parties to the nuclear agreement, and then withdraw from the nuclear deal, still faces European positions refusing to end the agreement with Iran, insist on continuing to cooperate with it, and also enable it to overcome the effects of US sanctions, while Tehran began to In return, a series of unilateral measures to develop its nuclear capabilities in contravention of the nuclear agreement and IAEA resolutions.

He continued, despite the policy of maximum sanctions, which has negatively and effectively affected the Iranian economy and despite calls for dialogue and European efforts to bring the views on the backdrop of the so-called oil tanker war and tension in the Gulf, Tehran’s position is still rejecting any dialogue with Washington, except under conditions in the forefront of the administration About American sanctions policy.