Latest Posts
16:55
Home Reports The man who scares Erdogan from behind bars 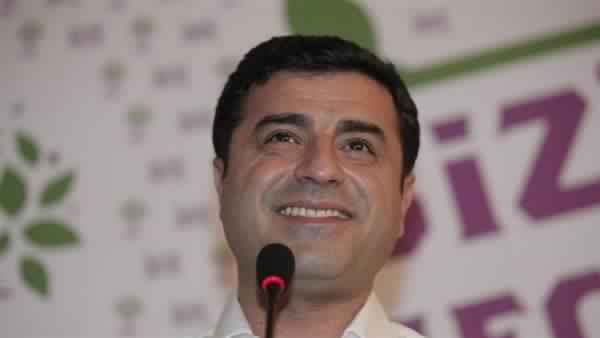 The man who scares Erdogan from behind bars

Turkish President Recep Tayyip Erdogan works tooth and nail to preserve his own popularity, while his country continues to be torn apart by economic and political crises.

The Turkish president does nothing to protect this popularity, but give his opponents a hard time. He especially focuses on the Kurds who reject his policies.

Demirtas is accused of leading a terrorist organization and making terrorist propaganda. He was put in temporary incarceration in November 2016. If proven guilty, Demirtas would have been sentenced to 142 years in jail.

The failure of Turkish authorities to release the Kurdish politician after the appeals court ordered his release raises many questions.

Demirtas was sentenced to four years and eight months in prison on the aforementioned charges. The charges were leveled against him, a short time after he said Erdogan was aware of the 2016 coup attempt beforehand. He added that the Turkish president waited for the coup attempt to happen in order to use it in serving his political goals.

Demirtas was the head of the Peoples’ Democratic Party which was founded in 2012. The party fielded candidates in the parliamentary elections in 2015.

He challenged Erodgan as he tried to change the Turkish political system into a republican one.

“We will not allow you to do this,” he said during the elections.

The Peoples’ Democratic Party succeeded in winning 13.01% of the seats of the Turkish parliament. This enticed the Turkish president to punish the party and its head.

Erdogan put Demirtas in prison in order to remove all political opponents from the road.

Demirtas sent a complaint to the European Court for Human Rights. He accused the Turkish regime of violating his personal freedom and his freedom of speech.

The court called on Turkey to release him. It considered his imprisonment as an attempt by Turkey to put an end to political diversity.

It criticized Turkey for jailing Demirtas only because he expressed his views during an interview with a Turkish TV channel.