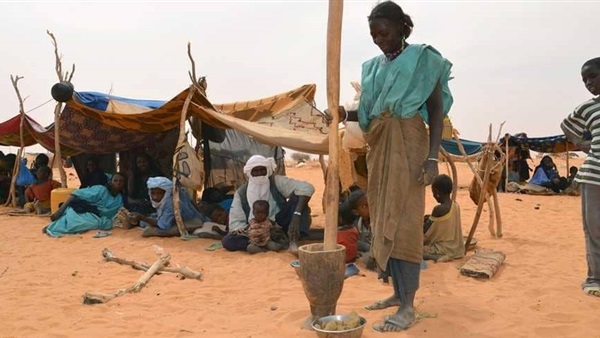 The United Nations and the Red Cross are warning against an imminent famine in Burkina Faso with more people fleeing violence by terrorist groups in the West African state.

Local authorities are proving increasingly incapable of providing food and medical aid to those escaping the violence.

Six policemen were killed in the northern part of Burkina Faso on September 9 when terrorists ambushed their patrol car. The attack is the latest in ceaseless operations by terrorist groups for four months now. Over 500 people have been killed in similar attacks since 2015.

The United Nations Office for the Coordination of Humanitarian Affairs said in a statement that around 289,000 people had to flee the violence in different parts of Burkina Faso in August and live in refugee camps.

This is three times, the office said, larger than the number of people who escaped the violence in the country in January this year.

According to the Red Cross, around half a million people have been deprived of healthcare since January because of jihadist violence.

Around 125 clinics and health centers were attacked in August, the Red Cross said.

It said 60 of these centers had closed down, while 65 are operating partially because of the attacks.

The organization revealed that around 1.2 million people are subject to famine and malnutrition in Burkina Faso.

The President of Burkina Faso Roch Marc Christian Kabore said on twitter that these attacks would not go unpunished.

Foreign Minister Alpha Barry said his country makes huge efforts to be up to the challenges it is facing.

He added that the government of Burkina is increasing military spending. However, he called for more coordination with other countries against terrorist organizations.

He complained that European states had failed his country, despite their previous pledge to specify financial aid to it during a conference in Brussels last year.

The international community, he said, has to take tangible steps, especially after France and Germany said during the latest G7 summit in France that they would send aid to the countries of the African Sahel region.

Burkina Faso has been suffering a surge in terrorist attacks since 2015.