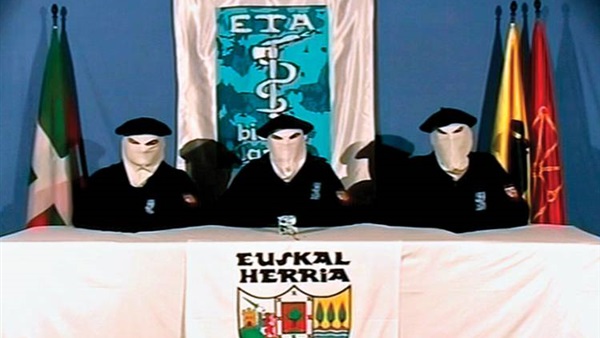 In May 2018, ETA declared its dissolution, bringing an end to a campaign that saw more than 850 people killed over more than four decades of bombings and shootings.

In an open letter to the Basque people, ETA said it has “completely dismantled all of its structures.”

The letter further said ETA “will no longer express political positions, promote initiatives or interact with other stakeholders.”

However, the announcement was dismissed as “propaganda”, while the Spanish government said it would continue to prosecute anyone with any links to any of the violence conducted during the ETA campaign.

Speaking a day after an ETA letter emerged stating that it had “completely dissolved its structures,” Spanish Prime Minister Mariano Rajoy said the group had failed in imposing through violence an independent Basque state.

“Whatever ETA does or says, it won’t find any loophole for impunity,” Rajoy said. “ETA can announce its disappearance, but its crimes or the action of the judiciary won’t disappear.”

This campaign blighted Spain’s transition to democracy from the late 1970s onwards.

ETA, which stands for “Basque Homeland and Freedom” in the Basque language and was born in 1958, carried out bombings, shootings and kidnappings, most of them after Spain transitioned to democracy from the dictatorship of General Francisco Franco after his death in 1975.

The group killed 853 people in 42 years from 1968 to 2010, according to a tally by the Spanish Interior Ministry. It also injured more than 2,600 people, kidnapped 86 and threatened hundreds more.

In the letter, the former militants said they will keep on seeking a “reunited, independent, socialist, Basque-speaking and non-patriarchal Basque country,” but they will do so outside ETA.

At least 358 crimes believed to involve ETA are unresolved, according to Covite, an association of victims, survivors and their relatives that is campaigning for ETA members to be held to account.

ETA kingpin Josu Ternera was announced arrested in May in France. Ternera had been a fugitive since 2002 when, while he was serving as a lawmaker in the Basque regional parliament, Spain’s supreme court issued an international arrest warrant against him over his alleged involvement in the 1987 attack.

He was detained in a joint Franco-Spanish operation in the alpine Haute Savoie region near France’s border with Switzerland and Italy.