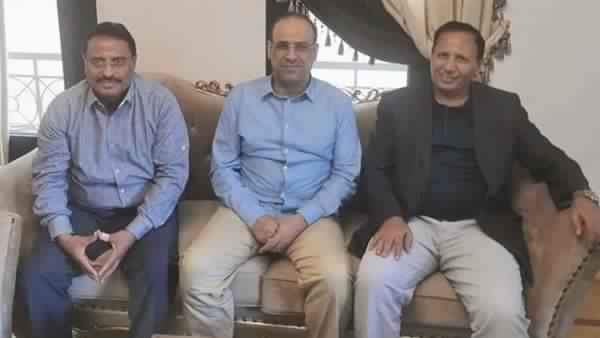 Qatar’s arms continue to tamper with the Yemeni scene. Three Yemeni officials affiliated with the Yemeni Congregation for Reform party (Al-Islah), the Brotherhood of Yemen, issued a tripartite statement threatening the Jeddah dialogue and calling for an end to the UAE’s participation in the Arab coalition, a statement that was rejected by the Yemeni forces, who considered it a new attempt to thwart the Jeddah dialogue between the Southern Transitional Council and the legitimate government.

Deputy Speaker of the House of Representatives Abdulaziz al-Jabari, Deputy Prime Minister and Minister of Interior Ahmed al-Maisari, and Minister of Transport Saleh al-Jabwani signed a statement calling for an end to the UAE’s participation in the coalition, as well as calling for an end to foreign interference affecting Yemen’s security, unity and safety. The statement claimed that the UAE supports projects to tear Yemen and its social fabric – false accusations made by Al-Islah against the UAE.

Maisari suffers from the disease of leadership and is ready to burn any land for the sake of media appearances, said political analyst Salah bin Lughaber, adding that the important thing for him is that people talk about him.

“Ahmed al-Maisari spent more than 120 billion riyals under the provisions of eliminating the south and its revolt, a large part of which went to ISIS camps in al-Bayda through the terrorist al-Khader Jidib,” he added.

Lughaber said the statement from Maisari, Jabwani and Jabbari proves their dependence on Qatar and their proximity to the Houthis, adding, “They see wars as what keeps them in the scene, just like any warlords in Somalia and Afghanistan, and any mafia leader in Colombia or Mexico.”

For his part, General People’s Congress (GPC) leader Kamel al-Khoudani said the tripartite statement jumped at the Jeddah dialogue, aiming to preserve the crisis, or rather ignite it, which primarily serves the clerical Houthi militia.

Khoudani added that the statement constitutes an explicit call to dismantle the Yemeni and Arab forces that support him in confronting the Houthis. He demanded the three who signed the statement to reject differences and not ruminate behind accounts aimed at the right efforts to eliminate the Houthis.

For his part, the head of the Department of Foreign Relations of the Southern Transitional Council in Europe, Ahmed Omar bin Farid, said that the tripartite statement shows the dire state of legitimacy is hijacked by cripples, mafias, the corrupt, and war traders.

“The Muslim Brotherhood knows how fools move to say what they want on their behalf, while it distributes its roles to whomever it wants,” bin Farid said in a statement.

He questioned why all the forces in the north unite, while the opposite happens in the south. “Why don’t they understand that the imposition of unity by force cannot happen, and that the south will not bow to anyone under any circumstances?”

The Jeddah dialogue began more than a week ago between Yemen’s legitimate government and the Southern Transitional Council, with the aim of the two sides reaching an understanding, returning the Yemeni government to the capital Aden, and restructuring the government after Al-Islah invaded and targeted the south and the Arab coalition.