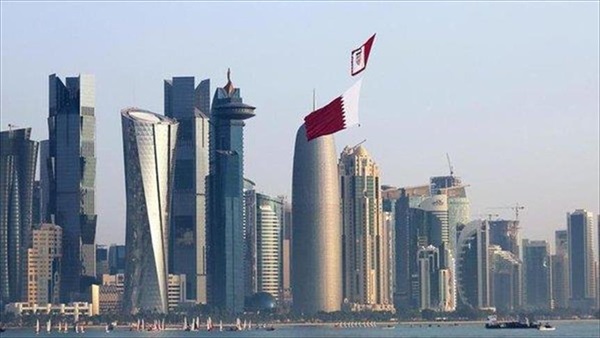 Day after day, the scandals of the Qatari regime are exposed – most recently the use of banks and investments as a cover to finance its suspicious activities, as well as organizations, associations and persons carrying out terrorist acts.

In late August, the French magazine ‎Le Point, explained that the Qatari terrorism is within the reach of European authorities, especially France and Britain, after the disclosure of the scandal involving Qatari banks in financing operations of terrorist organizations. The report pointed out that the Qatari banks Qatar National Bank (QNB) and Al Rayan Bank were charged with financing terrorism.

A few weeks ago, the British newspaper The Times published an investigative report accusing Qatar of using a British bank owned by it as a financial arm to finance Islamist militant groups. It pointed out that Al Rayan Bank, of which Doha holds more than 70% shares, provides services to at least 15 controversial organizations, including four mosques and three charities whose accounts in other British banks have been frozen due to their terrorist involvement, including by HSBC, Barclays, NatWest and Lloyds Bank.

This prompted former Qatari Prime Minister Hamad bin Jassim Al Thani to sell his properties in London and Paris at any price for fear of his involvement being disclosed and imposing sanctions on him to confiscate his properties in the two countries estimated at $869 million. Earlier French reports indicated that brokerage firm Jones Lang LaSalle (JLL) had received a request to assess the possible sale of London’s Sanderson and St Martins Lane hotels, both worth £250 million ($312 million) and owned by a company run by Hamad bin Jassim.

If Qatari banks accused of financing terrorism fail to prove that they do not facilitate the financing of terrorist entities targeted by the United Nations, they will be subject to sanctions and lose their license to operate in both countries.

Doha has worked to find a foothold in Europe and saw that the means to do so is to infiltrate the joints of the European economy by expanding its investment network, taking advantage of the euro crisis in Europe at the end of 2009, and trying to influence the decision-making circles within the various European countries. The aim is to win these countries in Qatar’s favor so that they do not oppose the emirate’s policy in the region and turn a blind eye to its support and financing of terrorism.

Indeed, during the past period, Qatari investments have expanded in various countries in Europe, including several investments in the fields of infrastructure, media, financial institutions and others, and they have succeeded in establishing close personal relations with political and economic elites, especially in Britain and France, to strengthen their presence in these economies.

In addition, QNB has branches in several European countries, including France, Switzerland and Britain, in addition to owning the UK-based Al Rayan, which was established in 2004 in the city of Birmingham. It was renamed from the British Islamic Bank to Al Rayan to match the name of the second largest bank in Qatar by market value. It serves more than 85,000 customers, and most of the shares in this bank are owned by government institutions in Qatar.

Doha also owns about 7.1% of Britain’s Barclays Bank, having acquired more than $3 billion of investments through Qatar Holding, which has become the largest shareholder in the bank.

In 2008, British bank officials were indicted for a suspicious financing deal with Qatar when Qatar Holding and Challenger, an investment company of Hamad bin Jassim, invested about £6 billion in the bank.

According to Bloomberg, three former senior executives of Barclays are facing new criminal charges for dealing with Qatari investors to raise money that allowed the bank to weather the global financial crisis 10 years ago.

In Belgium, Qatar bought Belgian bank KB for €1 billion in October 2011. The Belgian group KPL announced that Qatar-owned private equity firm Precision Capital will buy the private bank KBC, which is a subsidiary of the group in Luxembourg. KPL is one of the first European private banking groups with branches in nine European countries, namely Belgium, France, Germany, Luxembourg, Monaco, the Netherlands, Spain, Switzerland and Britain.

In Spain, Spanish Bank, in which Doha is investing €300 million. In the United States, Qatar’s sovereign wealth fund in 2013 bought a stake in Bank of America, the second-largest commercial bank in the United States, in a major deal worth nearly $1 billion.

Qatar’s most prominent presence in the Swiss market is its 13% ownership of Credit Suisse shares, including 6.17% through its sovereign fund and the rest through the Qatari Olayan Group. Credit Suisse is Switzerland’s second-largest bank by assets, with Qatar owning its headquarters in London.

In Germany, Qatar is taking a stake in Deutsche Bank, according to a statement in May 2015. Paramount Services Holding, owned by Qatar’s Sheikh Hamad bin Jassim, has acquired a €1.75 billion stake.

Doha’s success in implementing its plans to expand in Europe did not last long. Over the past few months, many judicial and economic bodies have started intensive investigations into the tracks of Qatari investment within European countries after discovering the existence of multiple suspicions of financial corruption. Some European countries also pointed out that the European markets are Qatari Emir Tamim bin Hamad’s first destination for money laundering.

As part of this, the European Central Bank is continuing its investigation into the soundness of the procedures that led to the entry of Qatar into the shareholders of Deutsche Bank. The European Bank is considering a special review of the ownership of two major shareholders of Deutsche Bank. The aim of this investigation is to review the sources of funds invested in the bank to determine whether the investor is involved in criminal transactions such as money laundering or terrorist financing, as well as to determine his financial worth.

On August 7, The Times revealed that a lawsuit filed in Britain’s Supreme Court found that a Qatari bank had transferred large sums of money to a terrorist group in Syria. According to the British newspaper’s report, two brothers used their account at Qatar’s Doha Bank, which has an office in London, to transfer large sums of money to Nusra Front, an al-Qaeda branch in Syria.

In addition, the Qatari-owned Al Rayan Bank, which operates in the United Kingdom and has links with terrorist entities, is under investigation for financial crimes, including money laundering. New investigations have also revealed financial links between Qatar and Islamist groups in the West.

Goulet believes that regulators of banking activities in the countries where the Qatari bank operates should conduct their investigations to find out how this failure occurred and apply urgent measures to ensure that any harm caused by Qatari terrorist financing facilities is contained and that such violations are not repeated.

The French senator asked Qatar to disclose to the international community why it allows an individual on the UN sanctions list to have banking facilities through most of its international banks. In addition, an investigation by Cornerstone International indicated that investors in Europe are afraid to deal with Qatar’s financial institutions there because they are involved in financing terrorist organizations.

It is clear that the policy of the Qatari regime aimed at laundering its funds in the investments of many countries in order to cover its support and financing of terrorist groups has failed and was discovered by European countries that are working to confront it and put it under control during the current period.