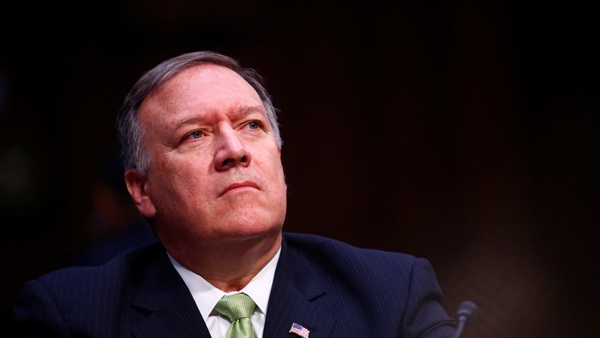 U.S. Secretary of State Mike Pompeo has asserted that terrorist attacks around the globe increased noticeably after the nuclear deal agreement, pointing out that if Washington stayed in the deal, Ayatollah Khomeini would be guaranteed a pathway towards a nuclear weapons system.

Pompeo pointed out in an interview with George Stephanopoulos of ABC that the nuclear agreement (JCPOA) signed in 2015 by former President Barack Obama smoothed the way for nuclear weapons for Iran.

He further noted that the economic sanctions imposed on Iran are reducing the regime’s resources for nuclear weapons development.

According to Pompeo, terrorist attacks increased after the JCPOA was signed, however, “now Hezbollah is struggling for resources. The Shia militias in Iraq, same thing,” he added.

The official said the Trump administration wants to negotiate and that President Donald Trump is willing to sit down with Iranian President Hassan Rouhani without preconditions.

Inspectors from the International Atomic Energy Agency (IAEA) reported in July that Iran had cranked up enrichment to 4.5% purity, above the 3.7% cap suitable for civilian energy generation set by the 2015 agreement, according to Reuters.

Last week the ayatollahs’ regime threatened Europe with starting to enrich uranium past the 20% level of fissile purity if it failed to convince the United States to withdraw the economic sanctions imposed on Tehran.

The head of Iran’s nuclear program, Ali Akbar Saleh, has also declared that the European Union has not kept its commitments to Iran and that therefore, “Iran will continue to reduce its nuclear commitments as long as the other parties fail to carry out their commitments.”

U.S. Defense Secretary Mark Esper has also said that it appeared Iran was inching toward a place where talks could be held, days after U.S. President Donald Trump left the door open to a possible meeting with Iranian President Hassan Rouhani.

In an interview with The Reference, Iranian affairs expert Ahmed Qebal, said Pompeo’s remarks come within a frame of non-stoppable hints and accusations by the U.S. Administrations to shaken some European countries regarding the deal.

He further pointed out that remarks about Iran’s nuclear weapons system would be and overestimation because Tehran has a very long shot  and years of working to manufacture its first nuclear bomb like North Korea, and even if Trump won a second term in office, it would not be enough time for Iran to manufacture a nuclear weapon system.

He added that Washington still faces European positions refusing to end the agreement with Iran, and insisting on continuing to cooperate with it, and also enabling it to overcome the effects of US sanctions, while Tehran began to In return, a series of unilateral measures to develop its nuclear capabilities in violation of the nuclear agreement and IAEA resolutions.