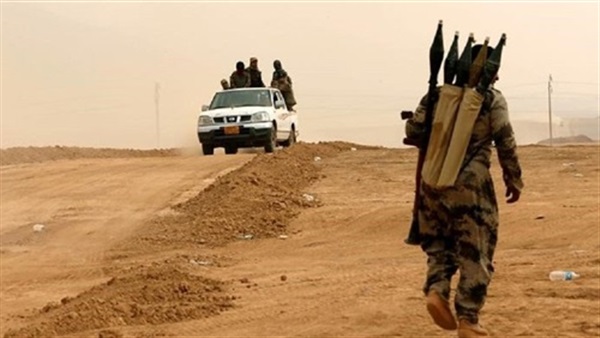 With the increasing frequency of terrorism and the frequent operations of armed organizations deployed in the Sahel-Saharan region, the government of Burkina Faso announced on Monday, September 9 that at least 29 people were killed in two attacks in two districts in the northern province of Sanmatenga.

In one attack, a transport truck hit an improvised explosive device (IED) on a road in Sanmatenga province, killing 15 people and wounding six others who were taken to medical centers, Communications Ministry spokesman Remis Dandjinou said.

In another statement, the spokesman said that terrorists launched an attack on a food aid convoy about 50 kilometers from Barsalogho on the Dablo-Kelbo road, killing 14 civilians, as well as significant material damage.

Burkina Faso, which means “Land of Incorruptible People” in the local language, has been experiencing a recent increase in terrorist operations, with tens of thousands of locals forced to flee due to armed attacks and sectarian conflicts, often fueled by extremist organizations.

Armed groups deployed in northern Burkina Faso take advantage of the worsening situation and insecurity in the country, taking advantage of easy mobility to establish a presence in countries such as Mali and Niger. Burkina Faso is one of the most hostile countries in the Sahel-Saharan region to have emerged during the recent period of increasing terrorism since 2015.

In northern Burkina Faso, there is Jama’a Nusrat ul-Islam wa al-Muslimin (JNIM), an armed faction that consists of a number of groups, most notably Al-Mourabitoun, Ansar Dine, and the Sahara Emirate. On March 1, 2017, armed groups in Mali announced their merger into a single group under the name of Jama’a Nusrat ul-Islam wa al-Muslimin, according to the terrorist Iyad Ag Ghaly, the new leader of the movement, which the US State Department designated a terrorist organization in September 2018. It is seen as the strongest branch of al-Qaeda in West Africa.

The ISIS terrorist organization also has a presence in the country, where the so-called Central African State was announced by ISIS leader Abu Bakr al-Baghdadi in a video in late April 2019. After that announcement, members of the armed group carried out many operations in that region. The most prominent was the kidnapping and killing of a Canadian geologist in Burkina Faso. Four people were also killed and two others wounded in a terrorist attack by armed elements who stormed a church in the north of the country in May.

African affairs researcher Mohamed Ezzedine said that this terrorist attack leans toward ISIS, which is currently working to form the largest number of cells in that region, especially after Baghdadi’s announcement in April 2019.

Ezzedine stressed that Burkina Faso suffers from poverty and widespread corruption, as well as a decline in the security situation, which allows ISIS to exist, especially in the north of the country.

Terrorist organizations’ justify their presence in that region by the presence of major regional powers, such as France, the United States and Britain, which distinguishes it in the continuation of armed operations against the presence of those forces in Africa, where a foreign presence is rejected.