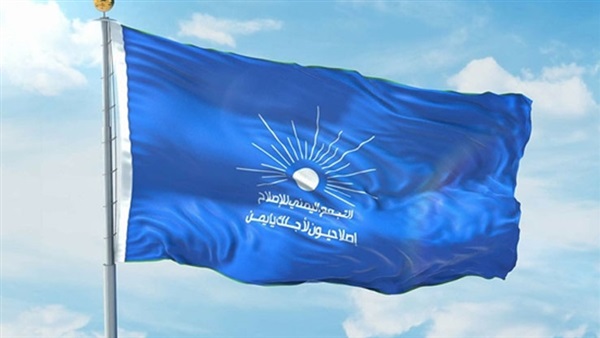 A new scheme led by the Yemeni Congregation for Reform Party (Al-Islah), the Brotherhood’s arm in Yemen, is targeting the leaders of the General People’s Congress (GPC), led by Parliament Speaker Sheikh Sultan al-Barakani, who is the most prominent Yemeni politician to have stood against the Houthi militia in September 2014 and exposed the Brotherhood’s plans.

Muslim Brotherhood cells in Yemen launched large-scale attacks against the parliament speaker, in conjunction with the Houthi militia’s declaration of confiscating of his money, as well as a number of parliament members in Sanaa.

Sheikh Sultan Said Abdullah al-Barakani was born in 1956 in Taiz province. He is one of the most prominent party leaders in the General People’s Congress and a member of parliament since the first elections following the reunification of the country in 1993.

From 1997 until the last parliamentary elections in 2003, he served as the head of the GPC bloc, which had more than two-thirds of the House of Representatives. He was known for his desperate defense of his party’s policies and its successive governments in Yemen.

Brotherhood activists launched an attack on the pretext that the Yemeni parliament speaker did not condemn a military strike against the Brotherhood militia in Abyan, which is under the control of government forces. They described Barakani as a traitor and launched the hashtag in Arabic that says he does not represent the House of Representatives.

Leaders of Al-Islah have attacked GPC leaders and accused Barakani of treason, and insisting that he obey the directions of Al-Islah. They issued a statement on behalf of the House of Representatives rejecting and condemning the Arab coalition.

Brotherhood leader Saleh Hassan Sumie posted a tweet attacking Barakani. “You are now in front of a landmark Yemeni station that puts you in front of two options, the option of aligning with the people as a member of parliament and its head, and the option of aligning with the devil, who seeks to fragment and shatter Yemen,” he wrote, adding, “The choice is in your hand, Sultan. I know that history is merciless and you are prudent.”

Al-Islah’s attack coincides with the decisions of the Houthis to confiscate Barakani’s properties in Sanaa and the areas under its influence, illustrating the harmony between the Houthi militia and the Yemeni Brotherhood.

For his part, Dr. Abu Bakr al-Qirbi, assistant secretary-general of the General People’s Congress, said in press statements that Barakani is being attacked unjustly because he refused positions being imposed on him as a result of his keenness that the members of the House of Representatives remain the thorn of balance in these circumstances in order to protect the supreme interests of the nation from partisan or personal aspirations and interests, as they are supposed to be models for adopting solutions that save Yemen.

Meanwhile, Kamel al-Khoudani, leader of the General People’s Congress, said that the targeting of Barakani in conjunction with the Houthi decision to confiscate of his wealth and properties in Sanaa is a confirmation of the Houthi-Brotherhood alliance targeting Yemen.

Khoudani said that Barakani is being targeted by the Houthis and the Muslim Brotherhood for several reasons, the foremost of which is that he was the first to warn of the Houthi takeover of Sanaa, and he also exposed the relationship and concord between the Houthis and Al-Islah.

The GPC is being targeted by both the Houthis and Al-Islah, Khoudani explained, adding that the two parties are working according to the understanding of extremist groups. They are seeking to eliminate the Republic of Yemen and return to a clerical state, whether in the Houthi style or the model of Hassan al-Banna’s Brotherhood.

Khoudani called on parliament members and supporters of the republic to stand united against the Houthi –Brotherhood clerical alliance, saying, “We say to all GPC party members, stand together… enough tolerance. Unite your ranks everyone, we are being targeted.”