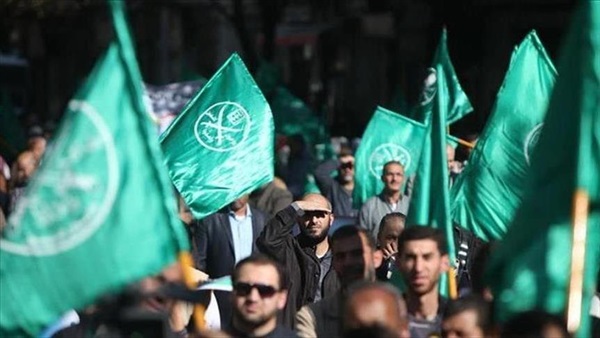 History of the Brotherhood’s failure to create a national symbol

Inside a hall that can accommodate about 200 people, one young Syrian woman stood by criticizing the speech of the Muslim Brotherhood’s secretary general, Mahmoud Hussein, who at that moment appeared to be a narcissistic peacock on the verge of extinction. He said the group is interested in building role models, as he feels the group is the first to be concerned with the methodology.

These discussions took place on the first day of conference for the terrorist group, which was held in Turkey on September 15 and 16 in the presence of leaders of the organization’s branches in Jordan, Lebanon and a number of other countries. This raises the question of the group’s failure to create a symbol whose influence extends beyond the Brotherhood.

During the year of Brotherhood rule in Egypt from 2012-2013, the group failed to provide a role model or symbol around which Egyptians could rally. Former President Mohamed Morsi took over as the first elected president after the January 25 revolution, enabling the group’s leaders to hold senior positions while non-members of the group were excluded.

Despite the above, the Brotherhood has been creating myths of many events according to their vision, in order to sanctify some of the figures who topped the political scene during the January 25 revolution. The reality, however, confirms the group’s failure to provide a single individual to be agreed upon by non-ideological or non-political currents. This caused the street to reject their rule and demand their removal through the revolution of June 30, 2013.

In 2006, Brotherhood leader Essam Tellima wrote an article that the Brotherhood symbols were the ones who were contemporaries of the group’s founder, Hassan al-Banna. Tellima claimed that the lack of literature by the group’s first guide was due to his interest in “writing men for writing books,” arguing that most Brotherhood theorists emerged from Banna’s fingers.

Violence of the symbols

Most of the names that the Brotherhood prepares as symbols of their group identify with making takfir of society and involved the youth in violence, including figures such as Sayyid Qutb, Mohamed Qutb and Sayyid Sabiq. But in recent decades, there has not been a single person to depart from the group who the people could rally around.

This was evident in the countries where the Brotherhood is strong, such as Tunisia, Algeria, Jordan and Mauritania, where all the Brotherhood figures were rejected by their people. These branches of the Brotherhood failed to unite the opposition, which was confirmed by Gamal Heshmat, a member of the Muslim Brotherhood’s Shura Council in a post on his Facebook account.

“Reading the reality during the past years confirms the Brotherhood’s failure to unite and renounce violence,” he said. This explains the Brotherhood’s support for any non-member of the group, provided that as many as possible agree on him in order to overthrow regimes and destroy stability.

With the development of media and propaganda and the manufacture and marketing of political, religious and other symbols, it has become an industry in which the Brotherhood relies on elections and marketing their projects and personalities.

The Muslim Brotherhood has remained under political pressure for quite a few years, but it was able to promote its speech and symbols, including marketing the group’s founder as an exceptional historical figure.