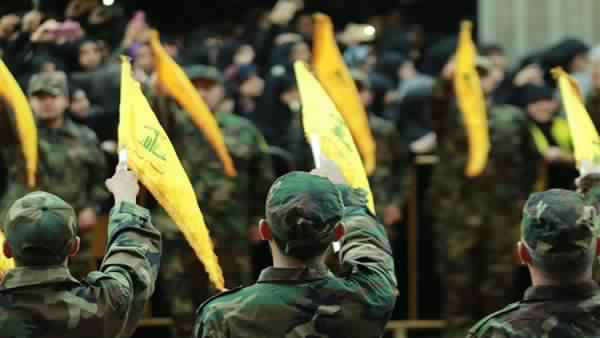 Lebanon’s Hezbollah is turning Syria into a huge market for the trade of contraband and narcotics. The Lebanese Observatory for Human Rights announced on September 14 that a number of Hezbollah elements are promoting hashish and pills as a main source of livelihood, pointing out that adolescents and school students are the primary target of the drug market.

Recently the phenomenon of selling pills and narcotics has been observed in a number of schools in the villages and towns of Wadi Bardi, in the western countryside of Damascus, under the supervision of pro-Hezbollah militia members from the region. They are also distributing some types of narcotic pills in sports clubs to young people for almost free, claiming that they are stimulant pills, with the aim of attracting young people to become addicted and later seek the drugs.

According to the observatory, militiamen have forced some middle and high school students to work promoting drugs in their schools in exchange for providing their drugs free of charge. It added that a group of party members from the Fourth Division reserve force in the valley of Barada use kiosks in the villages to sell narcotics.

The observatory pointed out that hashish and narcotic pills enter the area from the Lebanese Bekaa Valley through the town of Fuleita in western Qalamoun under the supervision of senior leaders of Hezbollah and its local militias in the area.

According to rights groups, Hezbollah gets its funding from some major sources, the largest of which is the sale of drugs, as well as South America’s contraband network and the parallel economy networks inside Lebanon.

In March 2019, the Damascus Now page on Facebook announced that Hezbollah had smuggled hundreds of thousands of narcotic pills in addition to 175 kilograms of hashish from a farm near the border town of Quseir to the Daraa and Sweida governorates in southern Syria. The terrorist group recruited hundreds of men and women to sell and promote the drugs.

As a result, Marshall Billingslea, the US assistant treasury secretary for counterterrorism affairs, announced during a panel discussion at the Atlantic Council in Washington on September 13 that Hezbollah’s terrorist militia financed its activities through money laundering and drug trafficking, relying on people and companies to send funds for the families of suicide bombers.

He pointed out that the central bank in Lebanon suffered from the actions of Hezbollah, which he used to cover up its suspicious actions, adding that Iran financed Hezbollah through the Jamal Trust bank, which the United States imposed sanctions on recently.

Billingslea announced that the United States is working with its allies to stifle Hezbollah, the Quds Force and the Iranian regime, and that anyone who cooperates with Hezbollah militias will be targeted with sanctions regardless of religion or ethnicity. He stressed that Washington will continue its economic pressure on Tehran, especially on its oil sector, until the regime stops its support for terrorism.

Iranian affairs researcher Ahmad al-Anani said that Hezbollah’s actions amounted to compensation for material losses, because when the United States imposed sanctions on Iran, there were nearly $ 700 million going to the Iranian militia. Washington has imposed sanctions on the banking system, resulting in the inability of the Iranian side to transfer any funds to Hezbollah, whether through Iranian or Lebanese banks. The terrorist militia has thus been in financial crisis due to the loss of remittances sent to it by the Iranian side.