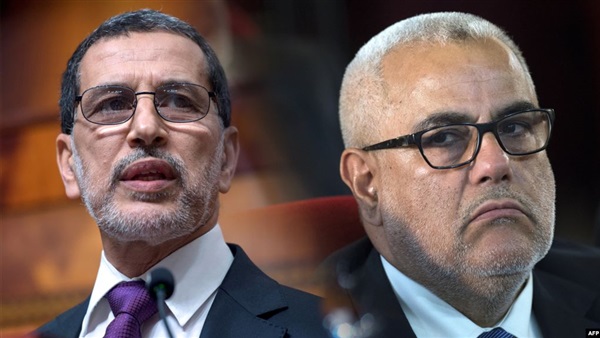 There are new signs of a struggle for wings within the Moroccan Justice and Development Party, the expansion of the Muslim Brotherhood in the Kingdom, after the assignment of the presidency of the Abdul Karim Al-Khatib Foundation for Thought and Studies, to the current Secretary-General of the party Saad Eddine Ottoman, and the exclusion of the current affiliated with former leader Abdelilah Benkirane.

The end of last week saw the launch of a new institution affiliated to the Justice and Development Party, called Abdul Karim Al-Khatib Foundation for Thought and Studies.

Thus, loyalists of former leader Abdelilah Benkirane, who boycotted the founding general meeting of the foundation, were excluded after learning that he was not on its leadership board.

According to Moroccan media, Benkirane’s boycott of the founding meeting was to inform him of the late meeting by el-Osmani.

Members of the party said they were surprised to be invited as founding members of the foundation, but were unaware of any founding meeting and had no document about the institution, before they found out that the invitation was only to furnish the scene.

A number of members hastened to withdraw from the founding general meeting after discovering that the positions were pre-allocated among the affiliates to the current leadership.

El-Osmani-Benkirane conflict does not end

The actions of the Prime Minister restore conflict within the party again; as the party has seen in the past months a number of strong differences between its leaders, and most recently the vote of party members on the law of delivering education subjects in the French language.

In a precedent, Abdelilah Benkirane, the former secretary-general of the country’s ruling Justice and Development Party (AKP), who served as prime minister from 2012 to 2016, opened fire on Osmani, announcing in a video that he was considering leaving the party. After what he called scandal, committed by the team of Saad al-Din al-Osmani at the House of Representatives, pointing out that he is not honored to belong to a party voted to drop Arabic teaching science, and deliver in French, although it is a party with an Islamic reference, as he put it.

Benkirane took advantage of the National Forum, and began to attack the Prime Minister, after the latter managed to defeat him during the vote on the draft law on the framework of French education. He said that Idris al-Azmi is close to me than el-Osmani

Regarding the appointment of el-Osmani prime minister by King Mohammed VI of Morocco, Benkirane said: Although Azmi is close to me with heart and soul than al-Osmani, I did not say a word.