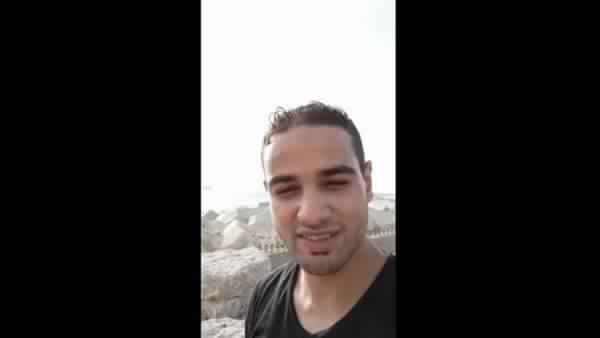 The Lebanese army arrested a wanted Egyptian man at an entrance to the Ain al-Hilweh camp on Wednesday, September 4. Fadi Ibrahim Ahmed Ali, nicknamed Abu Khattab, was said to have formed a terrorist security cell working for ISIS, which planned to target military centers and religious and tourist sites.

The army said in a statement that a patrol from the Intelligence Directorate stopped the wanted Egyptian for belonging to the terrorist organization Fatah al-Islam, explaining that Abu Khattab participated in battles against the army in Tripoli in 2014 as part of a group of terrorists following Osama Mansour and Shadi al-Mawlawi.

According to the Lebanese army statement, the wanted Egyptian left the Ain al-Hilweh camp in September 2017 and broadcast a video documenting his exit, before returning to the camp in February 2018 to resume his terrorist activity inside Lebanon.

Fatah al-Islam first came into existence in November 2006 when it split from the Palestinian Fatah-Intifada movement based in Lebanon. Dozens of people were killed in clashes between the group and the Lebanese army in Nahr al-Bared.

According to reports on the organization’s march in 2007, Fatah al-Islam had between 150 and 200 armed men, all based in the Nahr al-Bared camp north of Tripoli. They took refuge in Palestinian camps in Lebanon, as the Lebanese security forces do not enter these camps and only guard their entrances.

The Lebanese government linked Fatah al-Islam to the Syrian intelligence services, but Syrian officials denied any link. The Lebanese government relied on the arrest of four Syrian members of the movement who admitted responsibility for the bombing of two buses in a Christian area near the Lebanese capital in February 2007, killing three people.

Founder of the group

The movement is led by Palestinian militant Shaker al-Absi, who was sentenced to death in Jordan in absentia for the murder of US diplomat Lawrence Foley in Amman in 2002. The incident involved Abu Musab al-Zarqawi, the former leader of al-Qaeda in Iraq, was killed in 2006.

Absi says that his involvement with Zarqawi in the same incident does not necessarily mean that there are organizational links between his movement and al-Qaeda, but that he agrees with al-Qaeda’s ideology in the case of Foley’s murder, as Fatah al-Islam’s statements appeared on Islamist websites known for publishing al-Qaeda information.

In an interview with Reuters, Absi said that his group has two goals: Islamist reform of the Palestinian refugee community in Lebanon to comply with Islamic law, and confronting Israel, expelling Americans outside the Arab world and ending their interests there.

Absi was born in 1955 in the town of Jericho in the camp of Ain al-Sultan, where his parents lived after the Nakba in 1948. He was a medical student in Tunisia but left after one year of study. He was a member of the Fatah movement to join the Military College in Libya, where he graduated in 1976 as a lieutenant pilot, and then strayed into obscurantist groups.

Fatah al-Islam is known for its robberies and theft, as part of the desire of extremist groups to find ways to finance them. They carried out robberies on several Lebanese banks, including BLOM Bank, Credit Libanais, Western Union Money Transfer and Mediterranean Bank.

It is noteworthy that the north of Lebanon, especially the cities of Tripoli and Arsal, witnessed fierce clashes in October and November 2014 between the Lebanese army forces and militant groups linked to others fighting in Syria, which was accompanied by the death and injury of dozens of from both sides, as well as civilians killed during the clashes, in addition to the arrests of more than 200 people.