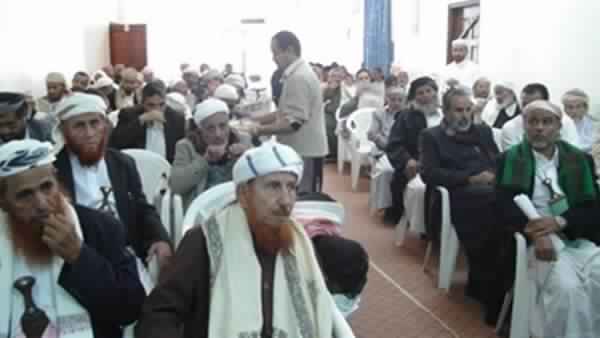 As all Arab and international powers seek to resolve the crisis, unify peace efforts and counter the Iranian-backed Houthi coup, the Yemeni Rally for Reform (MB) militias plan to thwart those efforts and tear the country apart to implement the Qatar-Turkey plan.

The Yemeni government and the transitional council should go ahead with the Saudi initiative to ease tension and avoid escalation in the war-torn country, UAE Minister of Foreign Affairs Anwar Gargash said in a series of tweets

He said the coalition was concerned that terrorist groups such as Al-Qaeda and Daesh would exploit the recent escalation in troubles in southern Yemen.

And he said Yemen’s government and the transitional council should enter the Saudi initiative to ease recent tension.

“The way to move forward is through Saudi-led dialogue,” Gargash tweeted..

And he said internal unity was the key to defeating the Houthi militia.

He reiterated the UAE’s commitment to the Arab Coalition, adding: “The UAE as part of Coalition will continue to act firmly against the re-emergence of terror groups in Yemen.”

“Focus on internal unity, through continued dialogue, essential to confront the challenge of the Houthi coup.”

Saudi Deputy Minister of Defense Prince Khalid bin Salman bin Abdulaziz and US Secretary of State Mike Pompeo have stressed that dialogue represents the only way to achieve a stable, unified, and prosperous Yemen.

State Department Spokesperson Morgan Ortagus said following talks between Pompeo and Prince Khalid at the State Department on Wednesday that discussions focused on the situation in Yemen.

Pompeo stressed US support for a negotiated resolution to the Yemeni crisis, said Ortagus.

They also “discussed a broad range of bilateral and regional issues, including the need for stronger maritime security in order to promote freedom of navigation,” in addition to “the Iranian regime’s destabilizing activities in the region.”

He said it was “very important” for the unity, stability, and prosperity of Yemen that the Yemeni government and the Southern Transitional Council resolve their dispute.

The Saudi Deputy Minister of Defense is set to hold meetings with top US defense officials during his visit to Washington.

Ahead of his talks with Prince Khalid, Secretary of Defense Mark Esper said during a joint press conference with Chairman of the Joint Chiefs of Staff General Joseph Dunford at the Pentagon on Wednesday that the US helps the Arab Coalition led by Saudi Arabia for defensive purposes.

Hani bin Braik, the (Southern Transitional Council ) STC’s deputy chairman, said on Twitter that the STC welcome the dialogue, and the delegation of the Council went to Jeddah for dialogue, but the Brotherhood failed it.

He stressed «that our focus as southerners on two things: cooperation with the coalition to eliminate the Houthi-Persian project, and the initiation of a peaceful and just solution to the final national cause of South».

The second thing, according to the Vice-President of the Transitional Council focus on «the construction of military units sincere in the face of Houthi, and security units to face Al Qaeda and ISIS .. All this wants to corrupt the terrorist reform party».

Spokesman of the STC, Nizar Haytham, assured the Council of Response to the statement of the leadership of the Coalition in Support of Legitimacy and its full commitment to the ceasefire, and to welcome the invitation of the brothers in Saudi Arabia for dialogue and its readiness for it.

He added that the Council welcomes any dialogue, and the leadership of the Council did not delay in meeting the invitation to dialogue, but under the Hadi government depends on the reform party, any dialogue will be booby-trapped by the Brotherhood and will be thwarted.

He explained that the Brotherhood wanted to control the south, and in a few hours mobilized their forces to invade the south and issued fatwas to ransom the blood of the southerners, while their fronts and forces have not moved against the Houthi since 2015, which exposes them and they are tools in the hands of Qatar to target the coalition and the south.