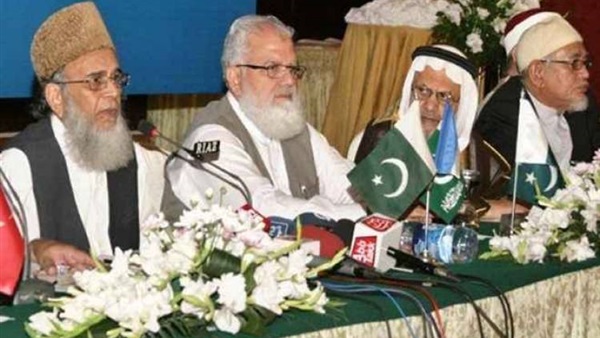 Brotherhood media and the scheme to demolish the Egyptian state

In light of the economic and developmental challenges facing the Egyptian state in a region ravaged by conflicts and attracting greed and terrorist groups from all over, external media platforms do not broadcast from within the borders of the homeland and are not financed by its citizens, but from external political entities to hunt for mistakes and gaffes to employ them to serve their interests.

It is normal for countries to have media entities that promote and push their thinking forward, but sometimes they harness their media outlets to attain other nearby countries. It not only criticizes or questions any of the important things, but uses them for tactical purposes to disintegrate states and solve their basic pillars.

Al Jazeera broadcasts from Qatar, while Turkey broadcasts Al-Sharq, Mekameleen and other arms granted by the current sponsor of the international Muslim Brotherhood organization, Erdogan, to the Egyptian Brotherhood elements. The editorial policies of these countries are not based on refuting the conditions within their geographical environment and dealing with major and influential global events. They always target unilateral coverage of any subject that would destroy the state.

Those channels used to highlight the negative events in the country as part of the content and removed from the context to serve its interests in the event of terrorist attacks in the country. You will find Al Jazeera alone in publishing facts, so how can it be the only one to know and be present with equipment? Why not give it to the rest of the media? On January 29, 2015, terrorist attacks against military targets in northern Sinai resulted in the death of approximately 25 soldiers. Al Jazeera declared itself alone at the bombings and with a video of the operation. It also reported on the increasing death toll and confusion in the internal administration of the state.

This is the same thing that was repeated steadily and methodically in the incident that took place on Wahat Road on October 20, 2017, which killed about 16 security men. At the dawn of Eid al-Fitr in June 2019, the media channels of the international organization devoted their tools to the same objectives calling for the demolition of the army and the state.

However, the terrorist attack that took place in the vicinity of the Oncology Institute in early August 2019 and claimed the lives of many innocent people did not receive the same focus and popularity within these channels. The tragic incident was contaminated by the hands of the group, and therefore the channels chose to reduce their media coverage about it.

These channels cover terrorism abusively without blaming the terrorists, but only faulting the state and society. They devote all their programs to attracting talk about any mistake at home, even if it is spherical, as happened with the defeat of the Egyptian team in the African Cup of Nations 2019 with a clear omission of the organizational success of the tournament. This also happened with the parliamentarians who opposed the constitutional amendments, with their quotes being reprinted several times without indicating that the state itself did not rob them of this right to express their opinion in parliament.

Dr. Said Sadek, a professor of political sociology at Cairo University, said that the media has a political agenda that certainly carries out whatever the political money is spent on.

Accordingly, Sadek believes that these channels will not provide any objective presentation of what they deal with and even the choice of guests will not be hosted by anyone opposed to their ideology, as they will not allow it. Thus, the topics are part of the context and focus on the side that serves their objectives with the use of specific vocabulary such as avoiding talking about the June 30 revolution and so on.

Thus, Sadek argues that national media channels should rely on clear standards of culture, objectivity and professionalism so that they can respond to the allegations of these other channels without direct prejudice to a particular party in order to maintain a high percentage of followers and viewers and not be forced to alienate them towards alternative media channels that may carry destructive visions of the homeland and its basic pillars.