Latest Posts
17:07
Home Reports Al-Qaeda in Yemen: Widespread deployment on the ground and armed concentration in the mountains 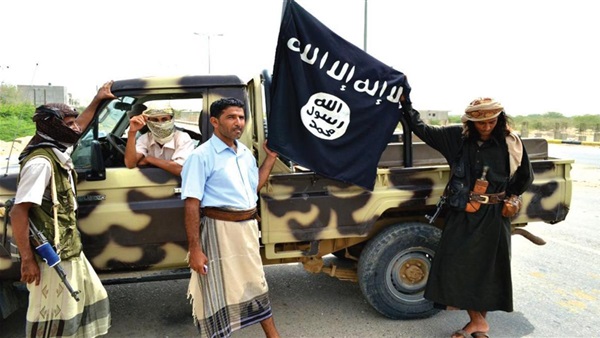 Al-Qaeda in Yemen: Widespread deployment on the ground and armed concentration in the mountains

Al-Qaeda operatives are spreading in the central districts of Abyan province (south of Yemen), nearly four years after al-Qaeda in Yemen lost most of its top-tier leaders due to US airstrikes on its strongholds in southern Yemen.

Al-Qaeda in Yemen emerged in the early 1990s under the pretext of fighting the Western presence in the Arabian Peninsula, killing 17 US soldiers and wounding 38 others.

This also comes in addition to the attack on the US embassy in the Yemeni capital Sanaa, in September 2008, and led to this incident that killed 16 people.

This is in addition to the assassinations carried out by al-Qaeda against political and public figures in the country.

Al-Qaeda in Yemen relies on three recruiting methods, the first of which is internal roads in light of the Sunni-Shiite conflict in Yemen and the Arab region, and the second is the reception of supporters of the organization and fleeing Syria, Libya and Iraq, because of pressure from the governments of those regions and countries. The third relies on intelligence support to several countries while exploiting the current conflict in Yemen

According to a study by the Abaad Center for Studies and Research, al-Qaeda in Yemen is spreading in small gatherings, each led by a person seen by the group’s emir.

Shabwa governorate is located in the east of Yemen, and is one of the most important and largest oil provinces, and during the past years it broke out many of the tribal crises until the Houthi coup group was able to enter, and became an important province of security.-

From Shabwa, a number of the group’s leaders are descended, including Anwar al-Awlaki, whom the United States previously described as dangerous.

Abyan province, located in the south of Yemen, is the main stronghold of al-Qaeda in the nineties, especially as the province is characterized by the nature of its rugged terrain, which helps al-Qaeda elements to infiltrate and spread.

Al-Qaida has two provinces in Abyan, Zanzibar and Jaar.

Al-Qaeda began to spread in Albayda since 2011, and its members – at the time – killed a number of Yemeni soldiers in the town of Rada in Al-Bayda, including the mosque of Ameriya.

At the end of 2012, members of the organization emerged from Radaa because of security confrontations, and moved to a center near the city of Albayda, specifically in the village of Mamdoud.

Since then it expanded in Al-Bayda, and took over more than one city, including Al-Zaher and Al-Hmaikan.

During 2015 and 2016, ISIS claimed control of parts of Hadramawt governorate and controlled several government buildings, including the presidential palace and the headquarters of the second military area, and freed 300 prisoners from the central prison in Mukalla.

They attacked the local administration of Hadhramaut governorate, which lies to the east of Yemen and occupies 36% of its area.

In a July study by the Washington Sanctions and Financing Center, al-Qaeda makes tens of millions of dollars a year in criminal operations.

According to the study, one of the most important sources of funding for the organization in Yemen, oil and gas, taxes, smuggling of weapons and ammunition, kidnappings and ransom, and theft of money and banditry.