Latest Posts
15:45
Home Book Reviews After ISIS: Optimistic vision of the end of the peak of terrorist organizations 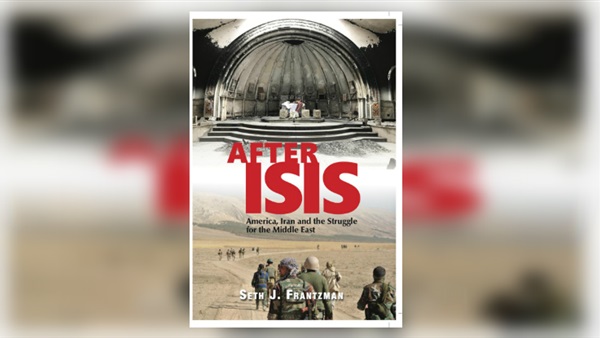 After ISIS: Optimistic vision of the end of the peak of terrorist organizations

The book “After ISIS” reviews the story of the rise of the terrorist organization and details of years during which it was able to recruit fighters with a false message about Islam.

In his book, author Seth Frantzman discusses how ISIS has slowly emerged from vast areas of Iraq and Syria that it had originally invaded, and provides an informed commentary on its impact.

The years 2013 to 2019 have been an important period in modern history, during which he explains his experience in war zones and killing fields, which means that his account is full of personal experiences about how the changing pattern of events affects people trapped in those areas, as well as the organization.

The author also pointed out in his book to the various failures of the West during the operations against the organization founded by terrorist Abu Bakr al-Baghdadi.

In the book, described as a “novel,” Frantzmann dramatically animated his personal view of what he called the horrific genocide that ISIS committed against the Yezidi people in and around Sinjar in 2014.

The author says: “The face of genocide is inconceivable”, pointing out that he visited a mass grave and found bones coming out of the ground skull with a bullet hole, and women hair stained and wrapped between rocks and clothes and blindfolds lying on the ground.

“There are no international investigators here. There are no NGOs working here to protect human remains.”

In the early years, the world was silent and these lives could be saved. “How can Western powers with all their technologies, unmanned aerial vehicles, the European Parliament, human rights councils and international criminal tribunals do nothing?”

Frantzmann discusses the impact of the influx of refugees from the Middle East on Europe and the success of Kurdish peshmerga fighters against ISIS. The writer also highlighted temporary alliances on the battlefield that were formed and disintegrated when the US-led coalition slowly crushed ISIS, as well as with more profound changes in political thinking in the region.