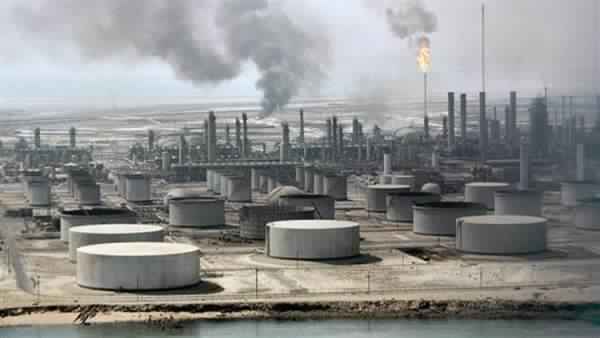 After Aramco attacks, will Trump take military measures against Tehran?

As the Houthi militia in Yemen has claimed responsibility for the targeting of two oil refineries in Saudi Arabia, Iran was blamed for the drone attacks.

The attacks on Saturday—which knocked out half of Saudi Arabia’s oil output and caused massive fires—were claimed by the Houthis, a rebel group aligned with Iran and currently fighting a war against the Saudi-led coalition.

According to a senior Trump administration official in remarks to ABC News Sunday, Iran launched nearly a dozen cruise missiles and over 20 drones from its territory in the attack on the key Saudi oil facility.

President Trump said on Monday that the United States does not need oil and gas from the Middle East as prices spike after drone attacks on Saudi sites.

“We don’t need Middle Eastern Oil & Gas, & in fact have very few tankers there, but will help our Allies,” he added.

Trump tweeted, “We are locked and loaded depending on verification, but are waiting to hear from the Kingdom as to who they believe was the cause of this attack and under what terms we would proceed!”

It is the first time the president has hinted at a potential American military response.

The Russian Foreign Ministry on the other hand said on Monday that “discussions about a possible response to attacks on two oil facilities in Saudi Arabia, is unacceptable,” and considered what it described as “exploiting the incident to increase tension over Iran is not constructive.”

The ministry said in a statement: “We believe that the exploitation of what happened to increase tension over Iran in line with the known US policy, is not constructive.”

“It is more unacceptable to propose tougher punitive measures that appear to have been discussed in Washington,” the ministry said.

Meanwhile, Lebanese political analyst Nidal al-Sabe said, “I do not believe that the US surveillance agencies are incapable of detecting missiles,” pointing out that Trump is only threatening to attack Iran because if he was really going to do so, he would’ve already deployed U.S. battleships in the Gulf two months ago.

He also added in an interview with The Reference that Saudi Arabia has to rearrange its playing cards with Russia, especially with the recent statement by the Russian Ministry of Foreign Affairs.