Latest Posts
17:15
Home Interviews Almezan: Will of Victory has successes, ISIS is breathing its final breath in Iraq 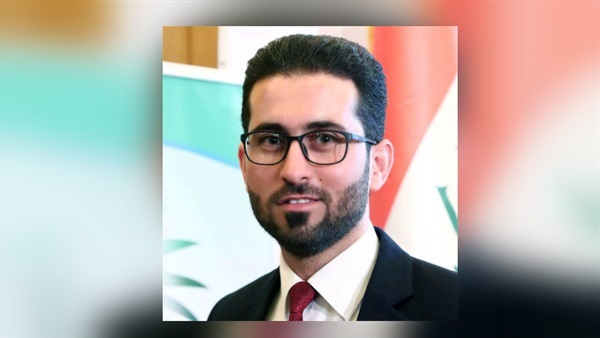 Almezan: Will of Victory has successes, ISIS is breathing its final breath in Iraq

The Reference talked with political analyst Ketab Almezan about the war and military efforts by the Iraqi government supported by coalition forces, the ISIS organization’s presence in the country up to this moment, and other details. Following is an edited translation of the interview.

Iraq launched the fourth phase of Operation Will of Victory to pursue and liquidate ISIS remnants. Has the operation eliminated terrorism?

Indeed, Will of Victory, at various stages, has achieved some successes, but it has not yet reached the final decisive stage in defeating and eliminating ISIS. The presence of ISIS is still noticeable in the Sahara region, particularly in Wadi Horan, which stretches from the border area between Iraq and Syria. The valley, due to the difficulty of its mountainous terrain, is the last stronghold of the organization and a meeting point for its elements between Iraq and Syria. The end of ISIS’s presence in this rugged region may take time and military and intelligence efforts. I call on the media to publish pictures of the dead ISIS elements and the documentary videos of the Iraqi army’s victories against the organization so as to reassure Iraqi public opinion after the recent wave of skepticism that affected the operation.

Does this mean that the terrorist organization cannot be defeated?

The terrorist operations carried out by ISIS in Iraq are in retaliation for Operation Will of Victory. But there is another angle to explain: ISIS is strongly linked to Iran, so the greater the political or military pressure on Tehran, the greater the ISIS operations in Iraq.

What about the Iraq reconstruction project in light of this complexity in the political and military scene?

Of course, the reconstruction of Iraq was affected by the developments on the Iraqi scene, especially in the areas liberated from the organization, where the pace of work is very weak. Therefore, the people of these areas have resorted to self-efforts in the reconstruction of their cities rather than the government. In addition, international human rights organizations such as UNDB are being relied on to rebuild such areas.

Is Iran seeking to put one of its men in power in Iraq?

Iran cannot put one of its men in a sensitive position such as the president of Iraq; Iraqis and the international community will not allow it. But this does not deny that Tehran has its suspicious tools, loyal agents and active arms outside its regional borders, whether in Iraq, Syria, Yemen or elsewhere.

Does the United States still have military bases in Iraq?

Yes, like the Ain al-Asad base – one of the largest American bases in Iraq. Speicher base is the strongest in Salahuddin province, and there are also the Balad and Taji bases. All of these bases also have military forces for international coalition forces with American soldiers.