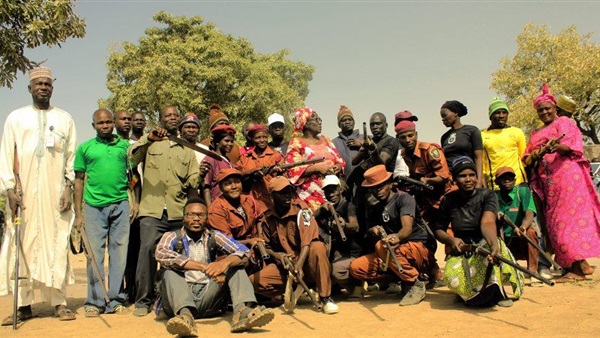 The Nigerian-born Boko Haram group poses a threat to its territorial surroundings and Nigeria’s geographic borders, especially the Cameroonian north. This has pushed the Cameroonian government to deal with the militants of the terrorist group in two ways. The first way is dealing with previous members and militants of Boko Haram while the second is identifying the future of the society to defend itself or by establishing combat groups against the terrorist group called vigilance groups.

On August 18, 2019, the Cameroonian government provided material and financial support to the Community Defense Forces, known as Vigilance Groups, in the far north of the country to fight Bokoham.

The decision of the Cameroonian government, resulted from the intensification by the members of the vigilance groups of their activities in the current period; to focus their attention on the protection of civilians and national territory. So, the government worked to provide the necessary support.

The Cameroonian government said in a statement that the vigilance groups played a major role in the fight against the group Boko Haram, and this assistance will contribute to encouraging and strengthening its activities.

The History of the Groups

The battle of vigilance groups against Boko Haram began in 2013, in Maiduguri, the capital of Borno State and the center of the Boko Haram group, under the double pressure of escalating jihadist violence and retaliation by the security forces.

Trainees were essential in expelling Boko Haram from the city, and repetition began throughout neighboring countries. The official use of trainees, later known as “vigilance groups” in counter-movement spread more in Nigeria, then to Cameroon in 2014 and Chad in 2015. Niger was more cautious, in part because of past conflicts with armed groups and because they did not need them.

The Cameroonian government is helping the Vigilance Groups to fight Boko Haram and integrate some of them into municipal police in the northern region. In 2014, trainees from the 14,000 vigilance groups in the far north played a key role in confronting Boko Haram. They contributed to providing critical intelligence to the Cameroonian forces, served as scouts and guides, and sometimes clashed with militants of the extremist group directly to protect their families, especially from suicide attacks.