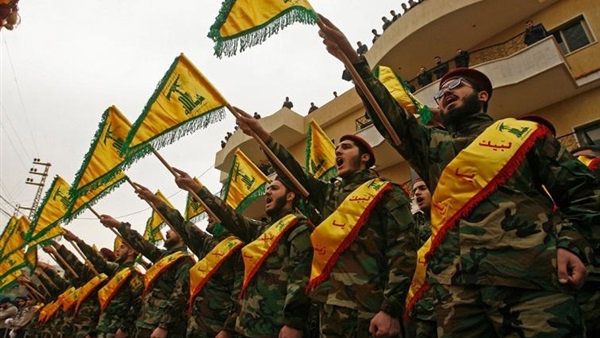 Unit 910: The Dirty Operations of Hezbollah

The Lebanese Foreign Service of Hezbollah, known as Unit 910, is one of the most prominent organs within the party that performs the external operations of Iran’s arm in the region.

Numerous intelligence reports published by the Western media dealt with the general situation of Unit 910 and its role in the party’s foreign operations targeting American, Israeli and Arab interests in several regions of the Middle East and the world.

The unit collects information on US and Israeli targets and interests in the Middle East and the world, opponents of the Iranian regime, opponents of the mullahs’ policy in the region, the search for arms supporters, drug trafficking and money laundering, and the formation of numerous client cells in the target countries to serve as spy stations for the Iranian Revolutionary Guard. This comes to target and assassinate people who pose a threat to the interests of the party and Iran, both Arab and foreign, and end up fueling chaos in the region.

It consists of interlocking specialized administrative and operational units, and its members undergo complex security training that takes a long time until they are rehabilitated for operational activity. The foreign operations are based on Shiites of the origins of their families who are not from Lebanon.

Unit 910 is the responsibility of Hezbollah’s Secretary General Hassan Nasrallah, while the Iranian Revolutionary Guards oversee the operations. Talal Hamieh is the executive command of the agency.

From his early youth until 1982, he worked as an administrative officer at Beirut airport, and started his activities within the party in the mid-1980s, starting from Bourj el-Barajneh, under the command of the elements who later became Hezbollah’s most prominent operational commanders.

Talal Hamieh succeeded in planning and executing attacks against the French and American Marines stationed in Lebanon during the 1980s.

Unit 910, which carried out several operations, was responsible for the bombing of a car bomb on March 17, 1992 against the Israeli Embassy in Buenos Aires, as well as the bombing of a truck bomb on July 18, 1994 in front of the Jewish community building (Amia) in Buenos Aires, and on July 19, 1994 a suicide bomber on a Panamanian airliner, as well as an attempt to carry out a sabotage operation in Azerbaijan in October 2007.