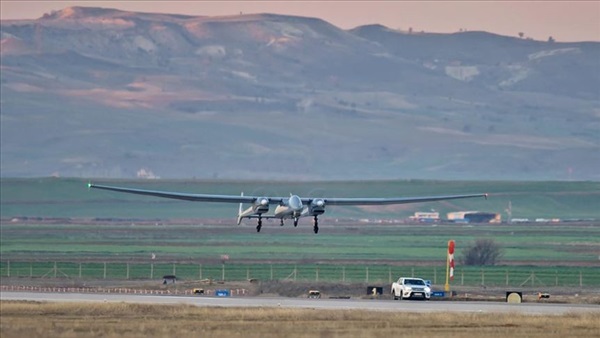 Turkish drones have started operating in northern Syria where Washington and Ankara have agreed to create a safe zone, Turkey’s Defense Ministry said on Wednesday.

Turkey and the US agreed last week to set up a joint operations center regarding the safe zone to be established in northern Syria.

But despite that no agreement has been announced on key details such as the size of the zone and the command structure of joint patrols that would be conducted there, a six-person US delegation arrived in the southern Turkish province of Sanliurfa on Monday to work on the establishment of the operations center.

The Defense Ministry said in a statement on Wednesday that work was continuing to make the joint operations center in Sanliurfa operational.

Turkish drones had started carrying out work in the area where the safe zone will be created, but did not provide further information on the drones’ operations, it added.

Washington and Ankara disagreed over plans in northeastern Syria, where US allies, including the Kurdish People’s Protection Units (YPG), are fighting on the ground against ISIS, while Turkey regards them as an enemy and a terrorist group.

Turkish affairs researcher Mohamed Hamed told The Reference in an interview that the Turkish economy will collapse in case Washington decided to impose economic sanctions over it, pointing out that the Turkish regime seeks to by air fighters to overcome incoming security threats by the YPG.

Hamid further added that the United States will work to worsen the security situation in northern Syria if Turkey turns to Russia again, ruling out that an agreement was reached between the parties on the borders of the safe area.

The violations by drones in Syria are not new to the Turkish regime; these drones violate Libyan airspace, in a clear confirmation of President Recep Tayyip Erdogan’s support for al-Sarraj militias.

According to the Flight Radar website , a 737 Peace Eagle Turkish Boeing systematically flies over the Libyan coast. Its radar can collect information on a field of 850 km.

Last July, Turkey has prepared the delivery of eight more Bayraktar TB-2 drones to Fayez Sarraj’s government of national accord (GNA), despite of warnings by the Libyan National Army that Turkey should stop supporting militias in Libya