Latest Posts
17:07
Home Reports Turkey seeks to strengthen ties with Sudan after the toppling of Bashir 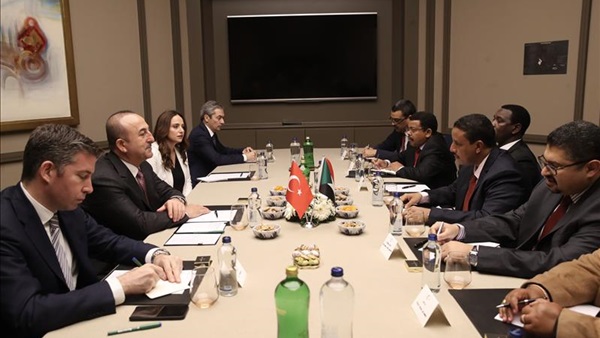 The toppling of Omar al-Bashir has marked a turning point for the Turkish-Sudanese relations, since the Turks have been trying to draw on Sudan as a gateway to boost Ankara’s influence in Africa.

To this end, Turkey launched a military base in Somalia and later targeted Sudan through investments to exploit the Suakin island militarily.

In 2017, the two countries signed an agreement to launch a marina on the Suakin island for civil and military ships. The agreement included more crucial items like the facilitation of visa requirements for the Sudanese people to Turkey.

The Turks can travel to Sudan without a visa. A Turkish-Sudanese bank for financing Turkey’s investment in Sudan and a new airport in Khartoum will be launched according to the agreement.

Turkey is fully aware that it is rejected by all Arab countries due to its colonial ambitions. Turkey has sought to penetrate Arab societies through the exploitation of historical heritage and religion.

Moreover, Turkey is taking advantage of the Arab peoples’ need of economic support and employment opportunities.

The Turkish strategy seeking expansion in Africa is in jeopardy after it lost Egypt and Sudan. Turkey’s present ally — Somalia – cannot fulfill the Turkish ambitions because of its weak economic and security institutions.

Researcher Abbas Saleh, an expert on Sudanese affairs, said that the future of Sudanese-Turkish relations would highly depend on the new regime’s objectives after al-Bashir.

“Turkey considers Sudan a key part of its strategy. Therefore, Ankara will be seeking to maintain its interests in Sudan,” Saleh told THE REFERENCE.

The researcher has stressed the need of some concrete foreign policy made by Sudan’s institutions – rather by individuals. “Therefore, Sudan’s ties with Turkey will be normal and unchanged,” he forecast.