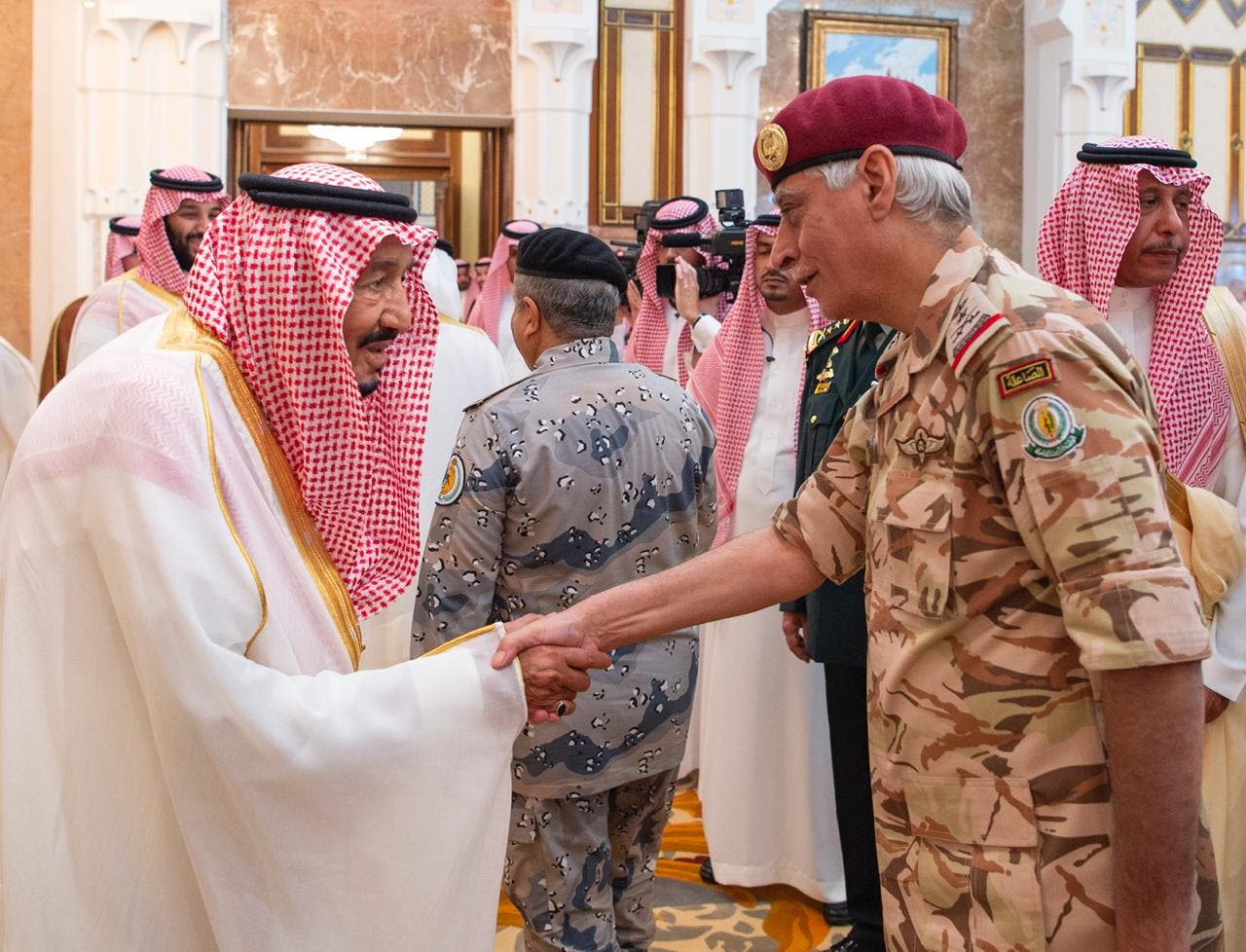 King Salman made a speech on the occasion, in which he addressed the commanders of the military and security sectors, their personnel and other attendees.

In his speech, the Monarch congratulated male and female citizens and pilgrims on Eid Al-Adha feast. He prayed to Allah Almighty that this occasion would result in good, wellbeing, blessings and acceptance.

The Monarch said: “Allah has blessed our country with a lot of bounties, including the honor to serve the Two Holy Mosques and those who visit them, including pilgrims, Umrah performers and other visitors.

In this regard, the Kingdom has carried out its duty to appease Allah Almighty and it has welcomed the Guests of Allah, without exception. It has provided them with services that assist them to perform their rituals with ease, security and peace of mind.

This has been achieved only with the success granted by Allah Almighty and the efforts being exerted by all the sectors of the state.

“On this occasion that is dear to all Muslims, we express our appreciation for the efforts being exerted by the military and security sectors in serving pilgrims, protecting the nation and the sanctities and making sacrifices that the nation will always be proud of,” the King said.

Finally, King Salman prayed to Allah Almighty to protect this nation and make the bounties, security and belief He has granted the Kingdom, everlasting.