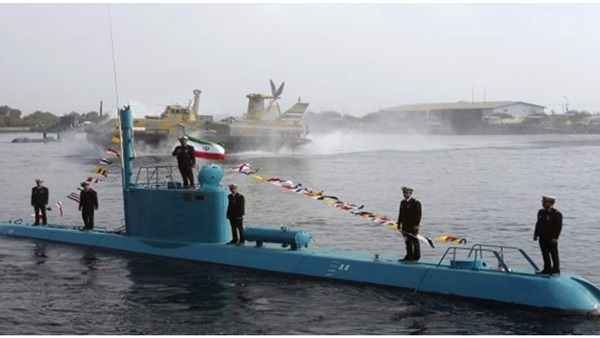 Russian bear sits on top of Iran’s ports: The balance of power agreement and new allies

There have been conflicting reports about the dimensions of the new Russian role in Iranian ports and the advantages that Tehran has granted to Moscow after the visit of the director of the economic zone of the Russian port of Astarakhan on the Caspian Sea to the Iranian port of Chabahar on the Sea of ​​Oman recently.

The importance of the port

Last Thursday, the Fars News Agency reported that the Executive Director of Astarakhan Economic Zone, Miloshkin Sergei, visited the Chabahar city and talked about “the importance and role of Chabhar port in connecting the Caspian Sea to the Indian Ocean.”

Sergei hinted that Russia has a plan to take advantage of the port of Chabahar; to transport goods to other countries, especially in the Indian subcontinent, revealing that Russia intends to build its own port in Shahid Beheshti port in Chabahar.

“There are no barriers for Russians in the port of Chabahar,” said Behrouz Akayi, director general of ports and sailing in Balochistan province.

Russian-Iranian agreement: The only exception

Media reports said that Iran is signing an agreement with Russia, granting sovereignty over the ports of Chabahar and Bushehr for 50 years; for 250 billion dollars and that it is within the door of bilateral cooperation with Russia.

As a member of the housing committee in the Iranian parliament, Aleem Yar Mohammadi said that India continues to invest in the port of Chabahar, despite the expected Russian presence, stressing that the two countries will abide by their obligations.

Accordingly, the official denial of Iran came to confirm the granting of the Russians the right of military presence in the two ports, whatever the formula that will govern this presence, which is still uncertain.

The Indian Ocean port of Chabahar, about 100 km from the Pakistani border, is the largest non-Iranian port on the Arabian Gulf.

For his part, Mohammad Abadi, an Iranian researcher, said that Tehran has given Russia the port of Bushehr and Chabahar in its quest to find allies.

He added that Moscow’s use of the Iranian ports of Bandar Bushehr and Chabahar as advanced military bases for warships and nuclear submarines would counterbalance the US naval alliance being formed in the region against Iran.