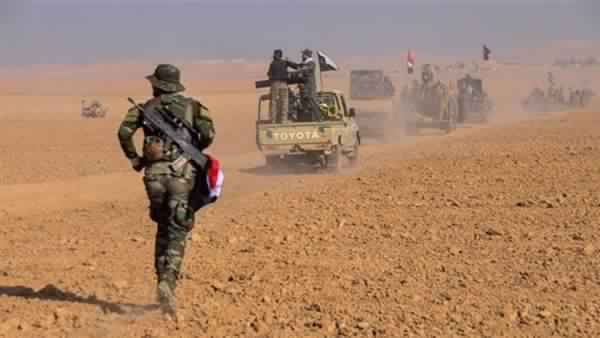 The deadline set out by Iraqi Prime Minister Adel Abdul-Mahdi for the restructuring of the Popular Mobilization Forces has already come to an end.

Nevertheless, nothing factual has happened on the ground.

Abdul-Mahdi has ordered the closure of the offices of the forces and transferring them to camps outside Iraqi cities. He also ordered the suspension of their activities inside these cities.

The prime minister’s bet is that Iran will not put pressure on his government to turn a blind eye to the violations of the militia. He knows that such a move will encourage the United States to put sanctions on the leaders of the Popular Mobilization Forces.

A month ago, Abdul-Mahdi gave a month-deadline to the forces to join in government forces.

Forces commander Faleh al-Fayad said, meanwhile, that he had notified the Iraqi prime minister about the measures his troops had taken to implement his order.

Rifts emerged inside the forces on the way they should deal with the order of the Iraqi premier. The commanders of the forces are polarized on whether to obey the order.

The Popular Mobilization Forces raised fears in Iraqi cities from the potential eviction of residents under the pretext of turning the areas where these residents live into military camps with the aim of fighting terrorism.

The forces said they needed two months to join in the government forces. Nonetheless, some of the supporters of the forces staged protests in Nineveh against Abdul-Mahdi’s order.

The Shabak militia, an affiliate of the Popular Mobilization Force, rejected the order of the Iraqi prime minister.

On August 5, the militia brought together hundreds of its fighters on main roads in Nineveh to protest the order.

The protesters also set up tents on the road connecting Mosul and Erbil, announcing the start of an open-ended sit-in in protest against a decision by the government to hand over the mission of preserving security in Nineveh to the Iraqi army and police.

The Popular Mobilization Forces are accused of committing sectarian crimes and evacuating the residents of dozens of Sunni villages.

Mohamed Aladdin, a specialist in Iranian affairs, said fighting the Islamic State group was a perfect excuse for Iran to increase its presence in Iraq.

“The actions of Iran and its militias make Iraq prone to American sanctions,” Aladdin told The Reference.