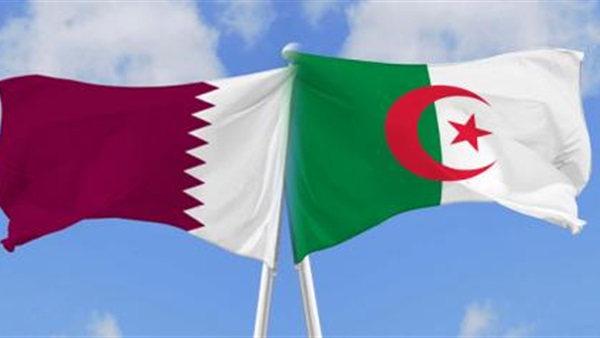 As the tiny emirate of Qatar is facing a boycott by a number of countries for supporting terrorism, media reports have traced what it described as “Qatar conspiracy” against countries that currently witness peaceful protests.

Qatar has been taking advantage of these protests to spread violence and hatred among citizens and financing terrorist groups to destabilize these countries.

In boycotting Qatar, Saudi Arabia, the United Arab Emirates, Egypt and Bahrain have accused it of backing extremist groups through its support for the Muslim Brotherhood and other Islamists across the region.

They are also suspicious of Qatar’s close relations with Iran, a regional foe that supports extremist groups in the Arab region to sow discord towards a devious scheme to take control of the Arabian Gulf.

Recently, Qatar has been trying to ignite chaos in Algeria, by taking advantage of some peaceful protests, however, the Defense Committee of the Algeria denounced the Qatari actions, stressing out that Qatari media outlets have been publishing fake media reports and news to further infuriate citizens.

The committee, which consists of intellectuals, academics and media figures, affirmed in a statement that Qatari media is recruiting a group of so-called analysts who call for civil obedience.

The committee also called upon the people of Algeria to adhere to the peacefulness of the protests and not to get tricked by the devious schemes of Doha.

In 2013, Jeune Afrique magazine published a report that exposed Qatar’s involvement in financing terrorist groups north of Mali, including Ansar Dine, al-Qaeda in the Islamic Maghreb and the Movement for Oneness and Jihad in West Africa to hit the stability of countries of the region.

The report pointed out that Doha was seeking to finance extremist Islamic groups, in a way that is inseparable from its quest to destabilize the North African countries, especially Algeria, like what happened in Libya.

In a related development, Field Marshal Khalifa Haftar, Commander-in-Chief of the Libyan National Army, in September last year, said Qatar is standing behind a plan to provoke sedition within Algeria, after distorting press statements that sparked controversy in Algeria.

Observers of the scene said Qatar has been attempting to recreate the Algerian Civil War, which was led by Abbassi Madani, founder of the Islamist party, the Islamic Salvation Front, who died in Doha last April.

The Qatari-Muslim Brotherhood effort collided with an Algerian popular wall that rose up in the face of Qatar’s schemes.

The Qatari-backed terrorist group sought to engage in a wave of protests in Algeria as bdellah Djaballah, the head of Algeria’s Islamist Front for Justice and Development, tried to infiltrate the popular rallies rejecting former President Abdelaziz Bouteflika. However, he received a hard slap by protesters who kicked him out of the protests, rejecting any involvement from him or his group, especially after the group’s scheme had been exposed.