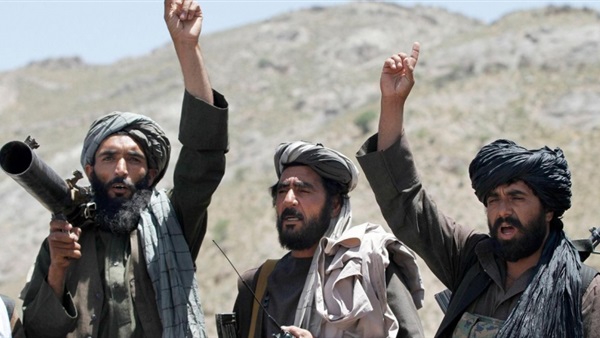 Peace in Afghanistan: Parties putting their cards on the table

A number of states have been trying to interfere in talks between the two sides with the aim of serving their own interests.

Taliban said the eighth round of negotiations with the US aimed at completing the US pullout from Afghanistan.

The talks, which started late last year, have renewed hopes that the US can send its troops back home from Afghanistan. The US also wants assurances from the Taliban that it would not turn Afghanistan into a springboard for attacks on foreign countries after the US pullout.

Garrett Blank, a former diplomat who participated in talks between the administration of former US president Barak Obama and the Taliban, said the talks marked the first time the two sides were serious about reaching a political settlement to their conflict.

Nevertheless, the talks bore no fruit because of the lack of confidence between the two sides.

Almost a decade later, the US and the Taliban seem to be close to reaching a historic peace deal.

US newspapers threw light on some of the guidelines of the aspired deal between the US and the Taliban. The deal, the newspapers said, will allow the US to gradually pull its troops out of Afghanistan. The pullout should take around two years.

A gradual ceasefire will be implemented as soon as foreign troops start getting out of the country.

The Taliban will also be required to prevent Afghanistan from turning into a safe refuge for terrorist groups.

Inside Afghanistan, however, there are fears that the US will present too many compromises to the Taliban, especially as it seeks a speedy pullout of the country.

Javid Ahmad, a nonresident senior fellow at the South Asia Center of the Atlantic Council, said the US needs to address some of the problems in the potential deal with the Taliban.

The absence of continual US military presence in Afghanistan, he said, raises fears on the ability of the US to ensure the implementation of the potential deal with the Taliban.

He called on US policymakers to practice caution before the release of 13,000 Taliban prisoners in the light of the aspired deal.

Those to be released, Ahmad said, can join terrorist organizations in Afghanistan, including the Islamic State group.

Qatar has jumped into the talks between the US and the Taliban with the aim of ensuring that it will have influence in Afghanistan in the future.

Nevertheless, Qatari interference in this regard has revealed deep relations between the Qatari regime and the Taliban.

Doha hosts the Taliban politburo. Qatar uses the office in moving some of the strings of the Afghan crisis. The Taliban even describes Qatar as its “second home”.