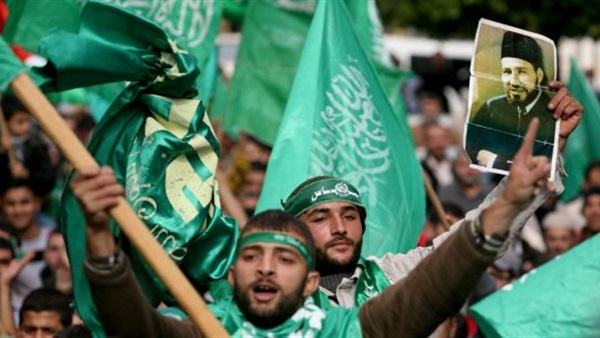 Attempts to “Islamize” education in certain countries that witnessed a Muslim Brotherhood ruling, which claimed to seek the preparation of new generations of Muslim Brotherhood-affiliated youths, have miserably failed. On the contrary, as the Muslim Brotherhood claimed it represents Islam, its fall shocked and shook the faith of some young people in religion.

Parallel to the Brotherhood’s clamor about preserving Islamic identity and religious manifestations in societies, young people marched in the opposite direction, declaring that worshiping became a means of demonstrating obedience to political leadership; slipping into atheism.

A number of studies have warned from the phenomenon of Islamization of Arab societies that witnessed how Islamist groups reached power as this would push young people away from religion and towards atheism, like what happened in Egypt, Morocco and Turkey.

The Egyptian Dar Al-Iftaa and a number of international research centers have monitored the spread of atheism after the Arab Spring revolutions, the rise of the radical Islamic movement to power in some countries, and the spread of terrorist waves in other countries such as Syria and Iraq. Dar Al-Iftaa also warned against the growing number of atheists.

Dar al-Iftaa attributed the increasing number of atheists to the shock received by millions of young people during the reign of the ousted President Mohamed Morsi (2012-2013), which led many to resort to atheism, especially after the devious behaviors practiced by the terrorist organization during this period.

Shawqi Allam, the Grand Mufti of Egypt, said that the percentage of atheism in Egypt was on the rise during and after the year when the Brotherhood took control of the country.

Allam stressed that the Muslim Brotherhood’s most frequently used slogan, “Islamic is the solution”, made young people think that Islam fell by the failure of group, getting them into a state of confusion.

Moreover, in Turkey, attempts by the ruling Justice and Development Party (AKP), led by President Receb Tayyib Erdogan, to Islamize the Turkish community have shaken some Turks’ faith in religion and faith.

Turkish journalist Ertuğrul Özkök has said the proportion of Muslims in Turkey has fallen and is no longer 99% as it was, based on the results of the study of beliefs and religions conducted by the research company Optimar between 7-14 May 2019.

According to Turkish reports, the increasing authoritarianism of the AKP since Erdogan escaped an attempted military coup in July 2016 has not been separated from the poll’s findings, which show an increase in the number of atheists in Turkey and a decline in the proportion of Muslims.

Süleyman Karan, spokesperson of the Atheism Association in Turkey, said “using religion” is the main reason why atheism rates have been growing, especially that the Turkish president described them during his presidential campaign in Feb. 2014 as terrorists.

Karan added that using religion as a tool to achieve political gains started back in the 50s, and only increased dramatically after the AK Party reached power.

“They fully turned this religious peddling into a political tool. The West’s project of ‘moderate Islam’ evolved to become what the AKP is today.

A recent study conducted at Düzce University, garnered a lot of attention in Turkey.

The study found that Turkish youth were increasingly moving towards deism, which holds that God exists, but does not interfere directly with the created world, a belief that contradicts Islamic teachings.

When the results of the study were announced and the percentage of youth who reported having “religious doubts” was revealed as 12 percent in religious schools and 30 percent in overall high schools. Erdogan did not take this well. “This is unacceptable!” he said.

Moreover, atheism rates in Morocco also have been on the rise as the Justice and Development Party, the Muslim Brotherhood political arm in Morocco, got a majority seats in Parliament and remained on top of the government for two consecutive terms.

A study by Moroccan researcher Mourad Lamkhanter, concluded that “the trend of non-religiousism expands and touches on new categories, especially young people who have the characteristics of criticism and are not convinced of the answers or solutions offered by contemporary Islamic jurists.

Also, Amazigh activist Omar Esri said the phrase “Islam is the state religion” has become a gateway to the persecution of religious minorities and the failure to recognize their right to freedom of belief.