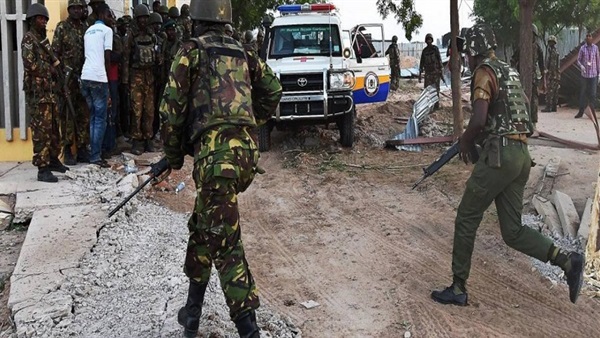 According to the news site, New Somalia, the Kenyan government submitted a request to the Security Council recently for putting al-Shabaab in the international terrorism list.

A number of terrorist organizations are active in Kenya. These organizations threaten the security of Kenya as well as Somalia. They include – apart from al-Shabaab, the Islamic State (IS) group.

This month, al-Shabaab staged a major attack on a Kenyan town near the border with Somalia. The attack caused communications networks to break down.

In January this year, a hotel in Kenyan capital Nairobi came under attack. Around 15 people were killed in the attack and several others injured. On June 8, 2013, al-Shabaab slaughtered nine people in an attack in a coastal city. On December 14 of the same year, around 67 people were killed and 200 others injured in an attack on the Westgate shopping mall in Nairobi.

IS launched more attacks in Somalia than it did in Kenya. In 2016, IS attacked the US embassy in Nairobi, leaving a policeman dead. In September 2016, IS declared responsibility for an attack by three women who entered a police station in Mombasa and tried to burn it down. However, the three women were shot dead by police.

The alertness of Kenyan police prevented IS from growing in Kenya. Nevertheless, a large number of Kenyan joined the terrorist organization.

Kenyan authorities took a series of measures as part of their counterterrorism efforts. Kenya intervened militarily in Somalia in order to keep al-Shabaab at bay.

In September 2016, Kenya launched its national counterterrorism strategy by uniting government institutions and the civil society in the fight against terrorism.

In March 2017, Kenya formed a special anti-extremism committee. The committee is tasked with the job of taking precautionary measures against terrorism.

In 2018, the committee started cooperating with the Ministry of Education on the formulation of special school curricula against terrorism and extremism.

African affairs specialist Mohamed Ezzeddine believes that growing fears from terrorism in Kenya are justified because of the rise in activities by al-Shabaab and other terrorist groups.

He told The Reference that al-Shabaab elements are active in the border area between Kenya and Somalia.

“There is an urgent need for the presence of a mechanism to control these elements,” Ezzeddine said.