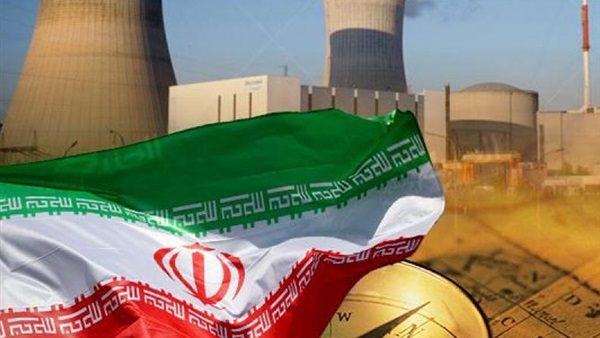 Iran’s Parliament Speaker Mohammad Ebrahim Rezaei said Saturday that his country was ready to use more modern centrifuges to reduce its nuclear obligations, putting the world on the brink of an Iranian threat again.

These threats are expected to be Iran’s third phase in its abandonment of the nuclear obligations, and Iran has set September 8 as the date for implementation.

Tehran has reneged on its nuclear obligations twice before, and the Iranians justified their retreats as coming in accordance with Articles 26 and 36 of the 2015 agreement, known as the Joint Comprehensive Plan of Action (JCPOA).

Rezaei said Tehran is using the old IR1 centrifuges, but that the most advanced machines, the IR6 and IR8 centrifuges, are ready for operation and have the ability to increase the enrichment capacity 26 to 48 times more than existing machines.

Meanwhile, the head of Iran’s Atomic Energy Organization, Ali Akbar Salehi, said that the stockpile of enriched uranium increased from 300 to 370 kg, and that Iran is currently working to develop centrifuges, stressing the need to pay attention to the internal capacity in the country and distrust of the United States and Europe.

The enrichment process takes place in several stages, starting only after the conversion of crude uranium from its solid state to gas. The central pressure cylinders work at a higher speed than the speed of sound, and it takes 1,500 centrifuges a year to make one nuclear bomb.

Low-enriched uranium, at 4 percent, can be used to produce fuel for nuclear power plants, but if a bomb is to be produced, enrichment must reach up to 90 percent. A nuclear warhead can be made using 20 kilograms of enriched uranium.

For his part, Ali Kazem al-Ahwazi, a member of the Political Bureau of the Ahvazi Democratic Popular Front (ADPF), said that Tehran announced on July 8 that it had increased uranium enrichment from allowed 3.7 percent to 4.5 percent, and the world did not move to confront it as it pushes the region to a devastating war. The major countries that have been sounding the alarm for a while against Iran do not want to face the threat to them and the non-Persian peoples whose territory is occupied by Iran, and they only thought about the safety of oil crossing from the Strait of Hormuz.

Ahwazi said that as a result of this unwarranted silence globally, Iran has announced that it will raise the level of uranium enrichment days to 50 percent within a few weeks, which requires effective international action, and the West should not content itself with threats that did not and will not stop Iran’s excesses on its treaties and all international treaties.

He pointed out that this Iranian threat confirms the possession of technology and the ability and secret centers to raise the proportion of uranium to 90 percent as well, and people remain to face the fate that Iran will draw them.

Ahwazi said that Iran has expanded regionally, caused the killing of hundreds of thousands and took control of several Arab countries without nuclear weapons. Its possession of nuclear weapons will kill the people of the Middle East, and it will transfer its missiles carrying nuclear warheads to Europe and the rest of the world as well. Everyone should take this threat seriously before it’s too late and before the ax falls.