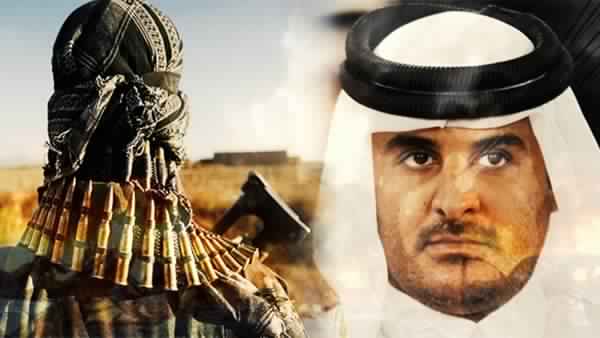 International security reports have revealed the destructive role of Qatar in the Horn of Africa with political and security breaches, most recently in Somalia. It has been uncovered that a group of Somali intelligence officers underwent military training in Doha.

The website Somali Affairs reported that the Qatari government has begun a program to train the forces of the Somali National Agency for Intelligence and Security. It added that the program, which includes 14 officers from various security services, began on August 1 and lasted for two weeks.

Somali affairs website quoted an officer involved in the training, who declined to be named, as saying that the program was suspicious. “Every day, Qatari officials come and take with them the same officers who only return at night. The rest of us are undergoing general and simple training at the hotel for two hours at the hands of Western officers,” he said.

Qatar and the terrorist Al-Shabaab

Reports say that the agency is said to be Qatar’s preferred intelligence target, as well as the military.

The training comes a few weeks after Qatar denied its involvement in Somalia, after the scandal triggered by the New York Times confirming the involvement of Qatar in the financing of terrorism and the Al-Shabaab terrorist movement in Somalia. The newspaper published a leaked audio recording of a call between Qatari Ambassador to Somalia Hassan bin Hamza bin Hashim and businessman Khalifa Kayed al-Muhannadi, a friend of Qatar’s Emir Tamim bin Hamad Al Thani.

The leaked audio recording showed that Muhannadi and the Qatari ambassador to Somalia were involved in several terrorist operations and bombings committed by Al-Shabaab.

“The bombings and killings, we know who is behind them. Our friends were behind the recent bombings,” Muhannadi told the Qatari ambassador a week after the May 18 bombing of Bosaso.

The Crystal Eyes website, which specializes in monitoring and combating terrorism in the world, published a report earlier that Qatar has a strong influence in some African countries, especially Somalia and Djibouti, and because of this influence was able during the past two years to establish a terrorist network, specializing in recruiting Somali and Djibouti youth for training to conduct operations in various African countries.

The report stressed that Qatar has entered Somalia during the past three years, taking advantage of the poverty and security deterioration to attract a large number of Somali youth to terrorist organizations.

In addition, the Africa Intelligence website published an investigation saying that Qatar is pursuing a more offensive policy of intervening in Africa. The site details military equipment provided by Doha to the Sahel countries.

Abdul Hadi Mani Al Hajri, son-in-law of Sheikh Tamim and his adviser, took over the job, according to the website.

Hajri owns Stark Motors, which converted tankers into armored vehicles and installed about 24 troop carriers, and then Qatar granted them to Burkina Faso on May 8, 2019.

Twenty-four similar vehicles were awarded to Mali in December 2018 and another 68 to Somalia in January 2019.

Meanwhile, the French magazine Financial Africa warned of the Qatari incursion in West African countries, saying that since the declaration of several Arab and African countries boycotting Qatar in June 2017, the country has moved to the region of West Africa, known for the spread of terrorist organizations, to destabilize that region.

During the past period, Qatar has made several security breaches in some African countries. It hosted former Mauritanian President Maaouya Ould Sid’Ahmed Taya as a refugee because he belonged to the Muslim Brotherhood.

Qatar also harbored Karim Wade, son of the former Senegalese president, who spent three years in prison in the capital Dakar from 2014 to 2016.

In Mali and Niger, Qatari charities stuff both countries and, through their associations, try to establish permanent contact with citizens.

Also residing in Doha is Timane Erdimi, a member of the Muslim Brotherhood and a Chadian rebel leader implicated by the Chadian government in harboring terrorist elements in southern Libya.

Africa as a safe haven for Qatar

Commenting on this, Mohamed Ezzedine, a researcher specializing in African affairs, said that after the boycott by Arab countries in 2017, Qatar began to penetrate the Horn of Africa through charity and human rights organizations that brought them closer to the citizens, seeking to make the African countries a thorn in the throat of the Arab countries boycotting it, especially as most African countries that receive support from Qatar have terrorist groups, such as Somalia and Nigeria.

Ezzeddine said that Qatar found a safe haven in the African countries. First, they are far from the eyes of security. Secondly, the people of these areas are suffering from a state of extreme poverty. Thirdly, the security services in those countries are very weak and lack security. This has made it easier for Qatar to penetrate the security services of most regions of the Horn of Africa, in addition to supporting terrorist groups in Somalia, Nigeria and other African countries.