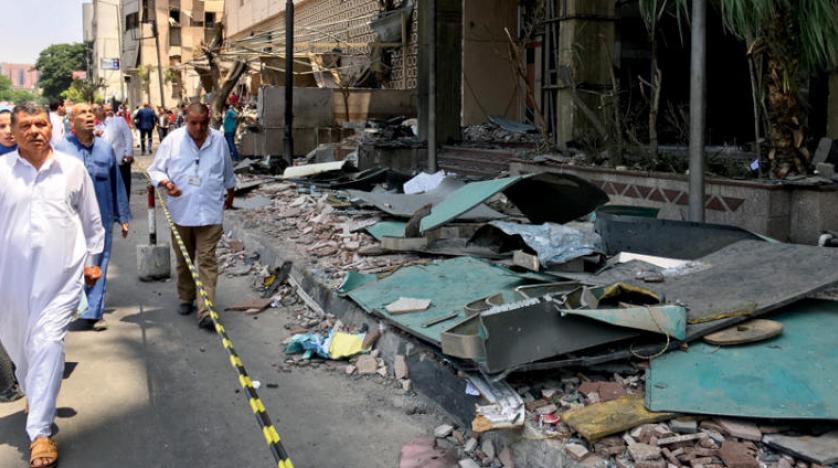 The Muslim Brotherhood organization has been trying since the bombing outside the National Cancer Institute in the Egyptian capital last week to deny any connection with “Hasm” movement.

Hasm is an armed affiliate of the banned Muslim Brotherhood, according to Egypt.

Experts in the fundamentalist movements’ affairs said that the Brotherhood’s announcement reveals a division within the movement, which has been seeking to attract youth who have lost confidence in its leaders, especially fugitives.

Hasm’s rhetoric from the beginning corresponds with that of the Brotherhood, experts asserted, adding to Asharq al-Awsat that the organization has already recognized the movement’s affiliation with it.

Egypt’s Interior Ministry has accused Hasm of being involved in the incident that hit the capital late Sunday.

It said a car carrying explosives drove into oncoming traffic and collided with three others, detonating its charge.

The blast took place around midnight local time on a road running alongside the Nile River in an area outside Egypt’s National Cancer Institute.

The defendant, Hossam Adel, aka Moath, whose arrest was announced by the Ministry, also admitted that he had worked in the field of logistical support and monitoring and that he had received instructions from Muslim Brotherhood officials in Turkey and Sudan.

Observers said that the Brotherhood has relied since its establishment on the secret organizations to get rid of its opponents, and “Hasm” is one of its attempts to fight Egypt’s state institutions, police officers, and the army.

Experts in the fundamentalist movements agree with the observers in this regard, stressing that after the Brotherhood’s exit from power in Egypt, some of its wings didn’t accept this step and new groups have emerged since then, including Hasm.

Egyptian authorities have earlier revealed details taking place in Hasm camps in the desert areas, following the arrest of one of its leaders, known as Hani Gamal, from his residence in Giza.

Gamal confessed that he had joined the Muslim Brotherhood in 2011 and was attending the organization’s meetings. He said he had participated in the demonstrations and riots organized by the Brotherhood and had later joined one of Hasm’s groups and received training on military tactics in camps located in desert areas.

“When the organization (Brotherhood) thought about reviving the armed action, it established (Hasm) and selected its elements with physical and psychological qualities that enable them to plan and implement specific terrorist operations,” said Security and Strategic Expert Brigadier General Abdul Mohsen.

He further noted that these elements have received training courses on how to use weapons and manufacture explosive devices.