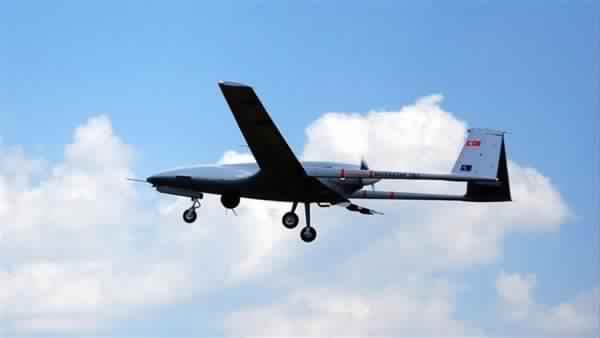 Expert: Ankara is the biggest loser of its military operations in northern Syria

Turkey’s Defense Ministry announced on Wednesday August 14 that drones began operating in northern Syria, where Washington and Ankara agreed to establish a safe area and a joint operations center to manage them, while not disclosing key details, such as the size of the area and the command structure of joint patrols.

The Turkish Defense Ministry said in a statement that work is now underway to establish a joint operations center in Sanliurfa.

The US delegation arrived in Turkey on Monday, 12 August; to establish a joint center to manage military operations, and establish a safe area.

The main provisions regarding the establishment of a safe zone in northern Syria were not made public, although the Turkish Defense Ministry announced a week ago that it had been agreed with the United States, and Turkey, through its Foreign Minister Gavishoglu, that Turkey would not allow the United States to delay the implementation of the agreement; similar to what was done with the Manbej agreement in 2018.

It is worth mentioning that the negotiations took place in three rounds, and witnessed many differences between the parties, as the United States made an offer that includes the establishment of an area along the Turkish border with Syria, at a depth of 5 kilometers, which was rejected by Turkey.

Washington and Ankara also differed on other matters, including Turkey’s purchase of the Russian missile defense system S-400, as well as the prosecution of local employees of the US Consulate in Turkey on terrorism-related charges.

In other words, the US insisted that Turkey should share sovereignty over the safe area, but that this would not prevent Turkey from establishing military bases on Syrian territory. Turkey is expected to establish more than a limited military base, unlike Turkish control points in Idlib.

For his part, Muhammad Hamid, a researcher in Turkish affairs said that Ankara has yielded to the US conditions, and accepted a safe area according to those conditions that are far from Turkish demands.

The researcher asserted in a statement to the Reference e that the Turkish threats to launch a unilateral military operation in northern Syria, are just a psychological war; in order to put pressure on the United States, but Ankara will be the biggest loser of these operations.